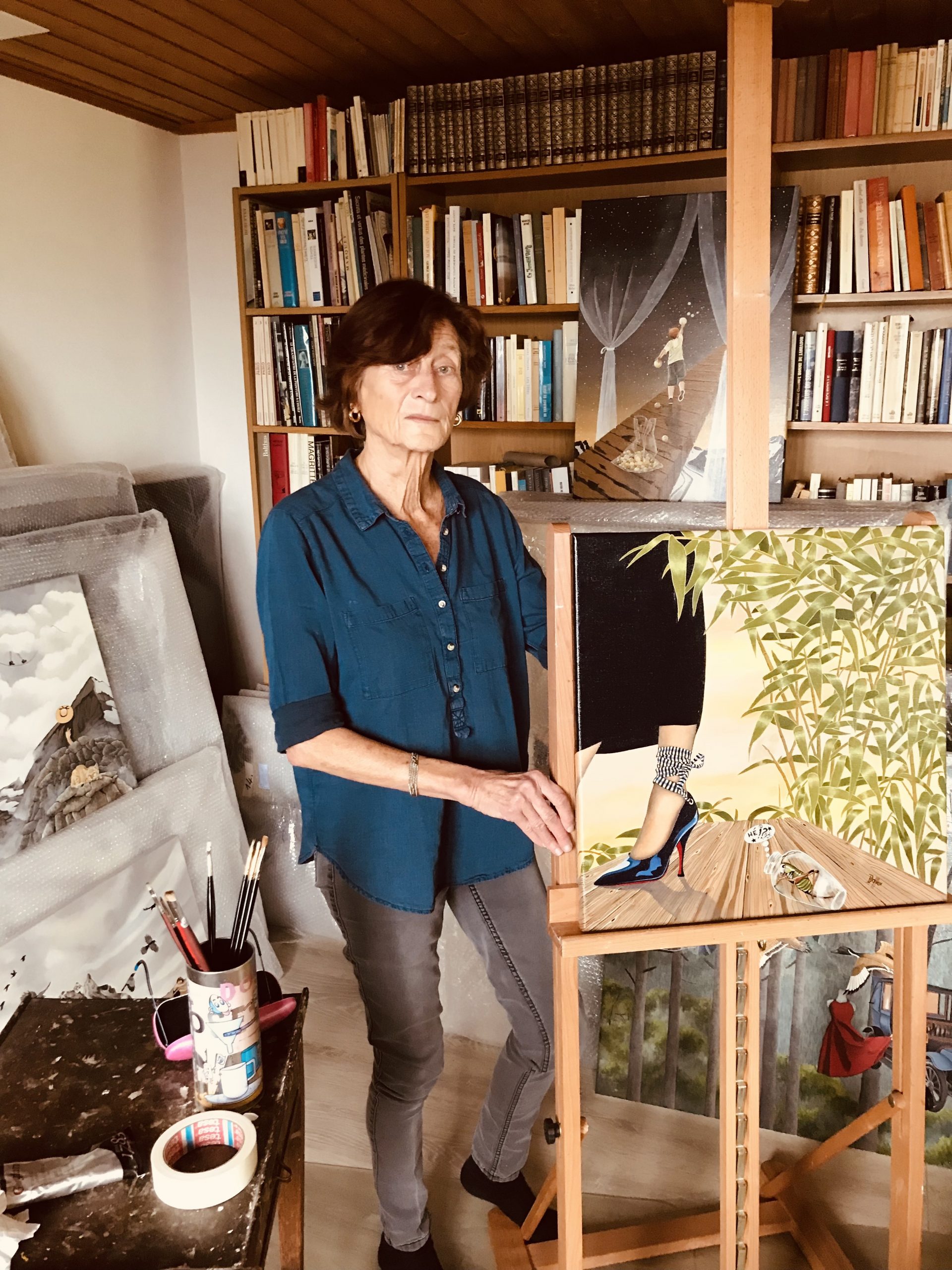 Dhoffer was born in Geneva in 1951. During adolescence, two passions gradually forged the character of the young woman, aviation and painting. Both are synonymous of freedom, of a need to escape. At first, the young woman will devote herself to obtaining her professional pilot’s licenses. She will then fulfill her dream by working for Swiss and South African companies. In 1988, the time came for her to devote herself to her second passion, painting. Dhoffer abandons cockpits in favor of easels and exchanges the control handle for that of the brush.

Dhoffer’s oils on canvas allow her to explore a genre of expression that calls upon an unbridled imagination, supported by absolute realism. Her work tends to be inspired by the conceptual world of the Surrealists and the aesthetics of naive art. It is moreover a feeling of strangeness, characteristic of these two currents, which emerges from her work. Dhoffer’s canvases are a condensation of eccentricities, curiosities, and anomalies, working to depict the artist’s dreams. This diverted version of reality transports us to the heart of a parallel universe. There, the improbable becomes concrete, the implausible becomes materialized. When you admire a painting by Dhoffer, boredom never sets in. The spectator is continually caught up in the multitude of details that the artist likes to intrude into her canvases. Invited to get lost among this abundance of characters, mechanical devices, animals and fossils, our gaze navigates from detail to detail.

Dhoffer’s captivating universe has conquered the most discerning collectors. Rewarded with the MAG 2012 Plexus prize, it is now part of the Marciano galleries’ selection of contemporary artists. 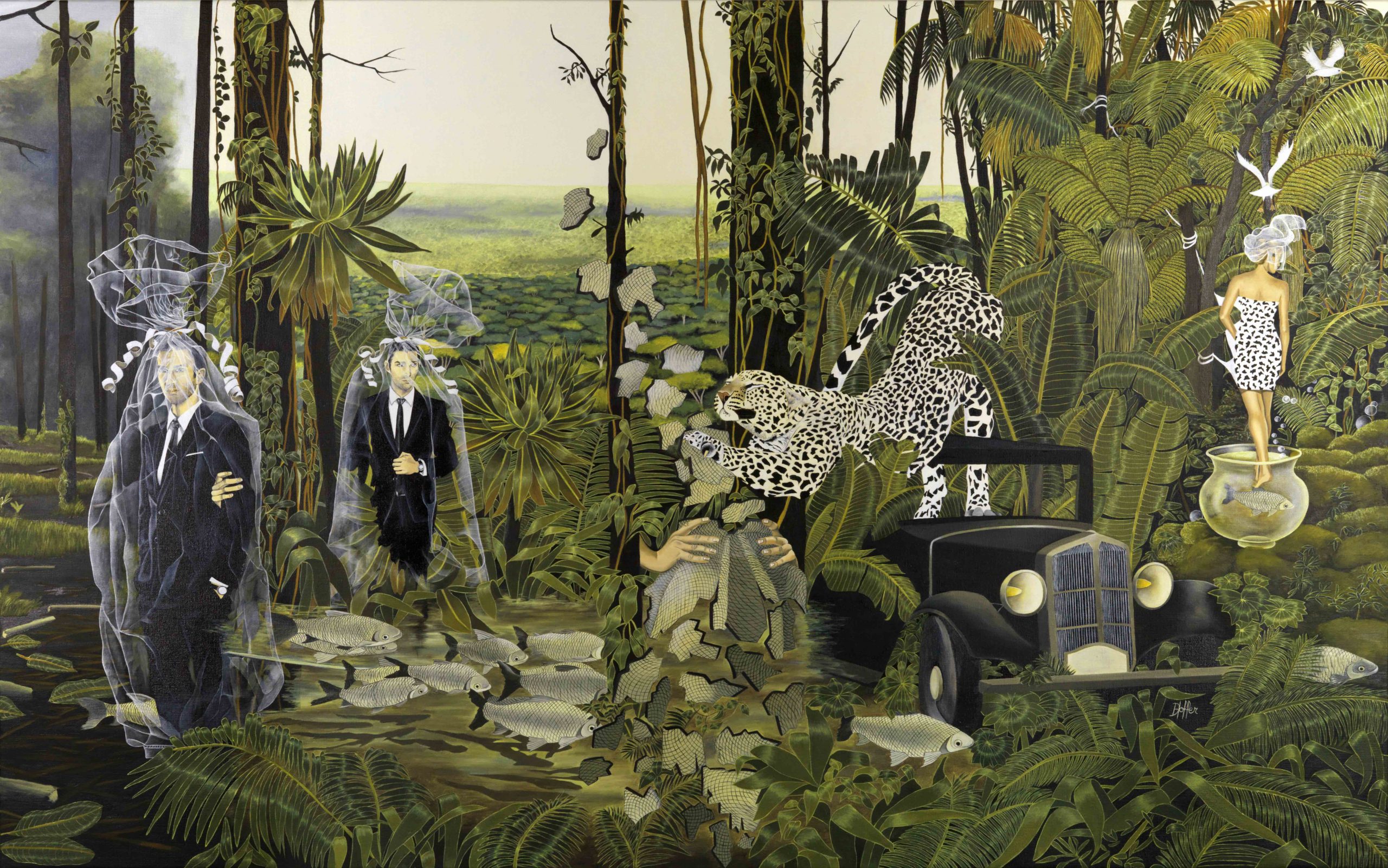 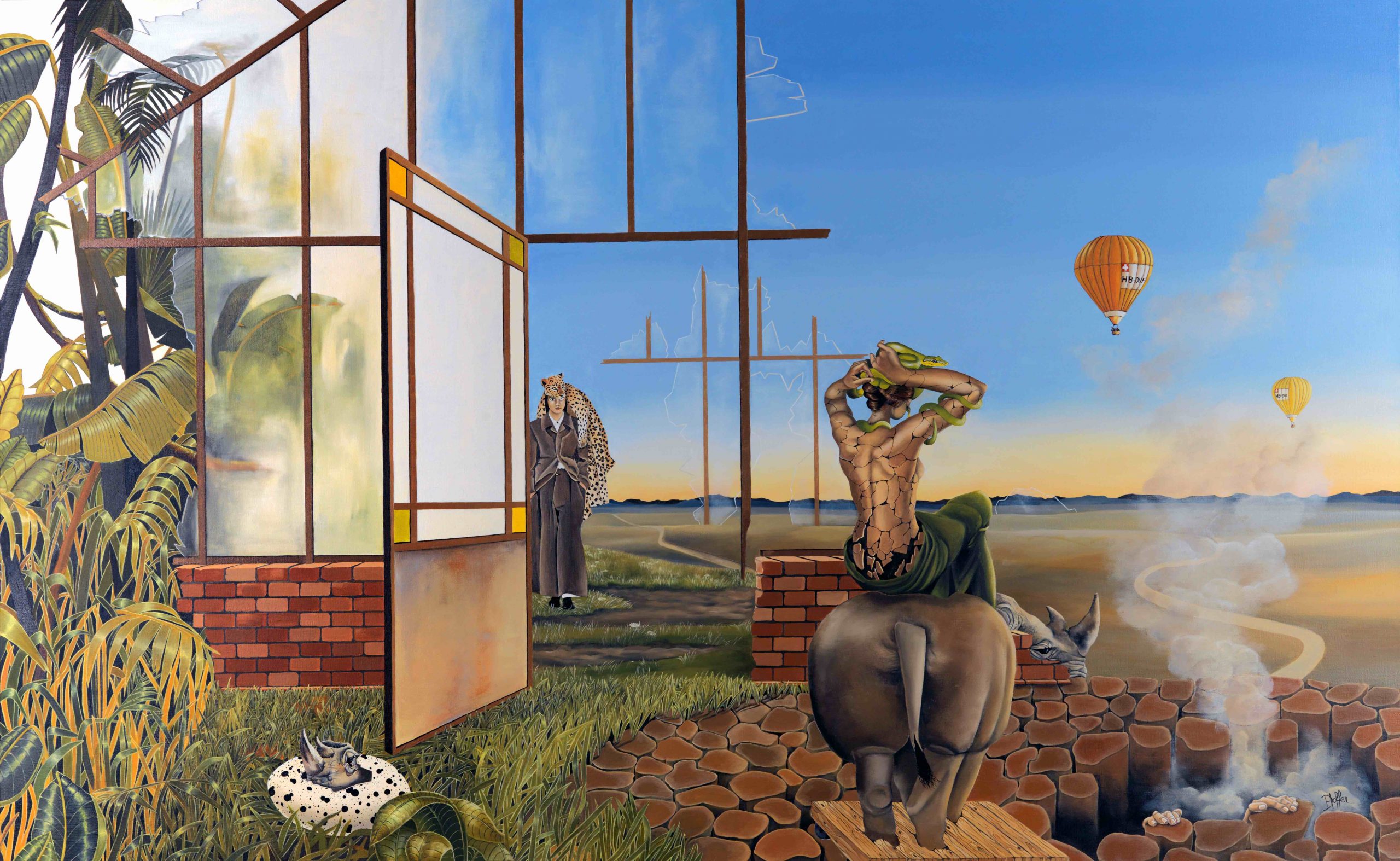 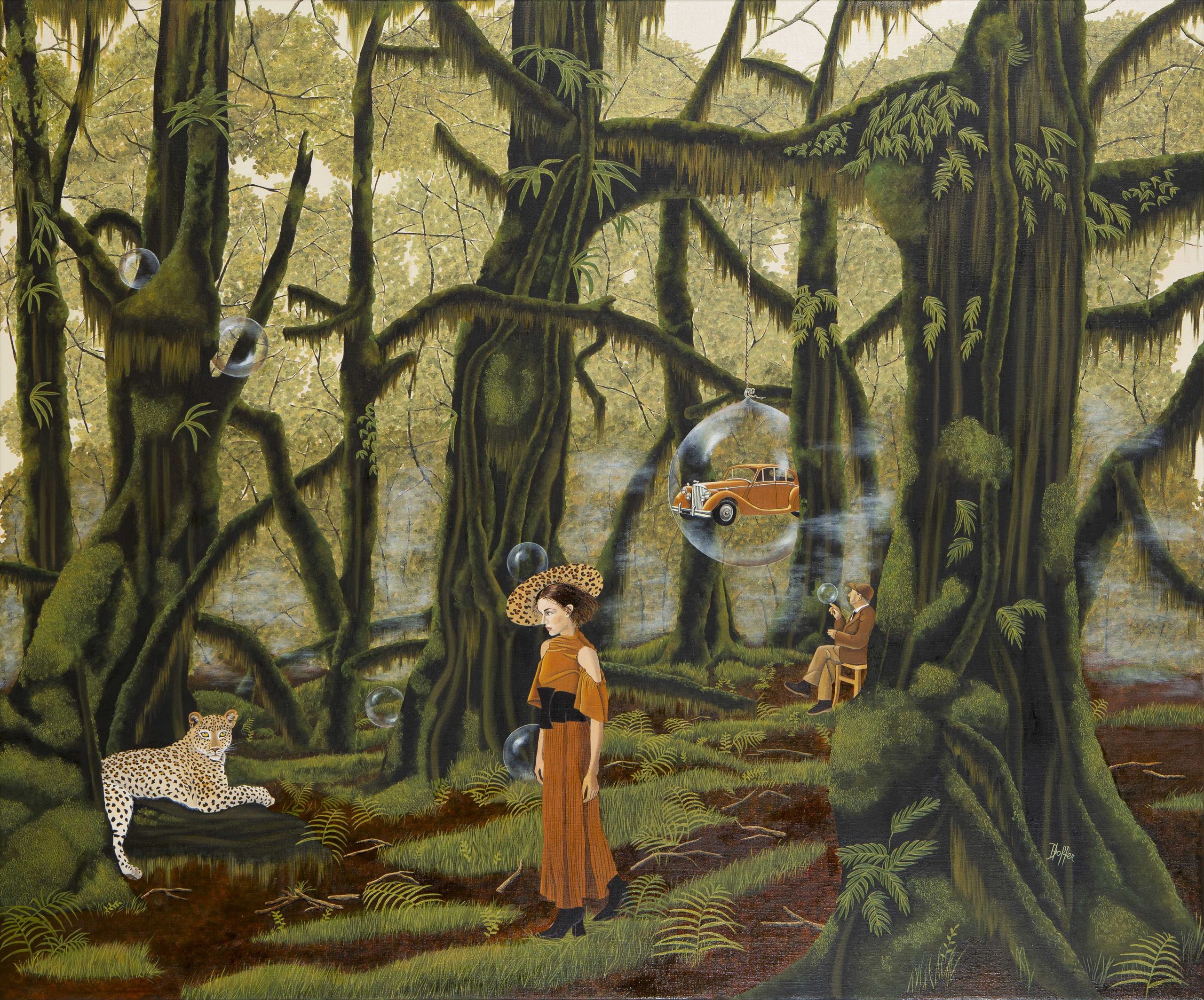 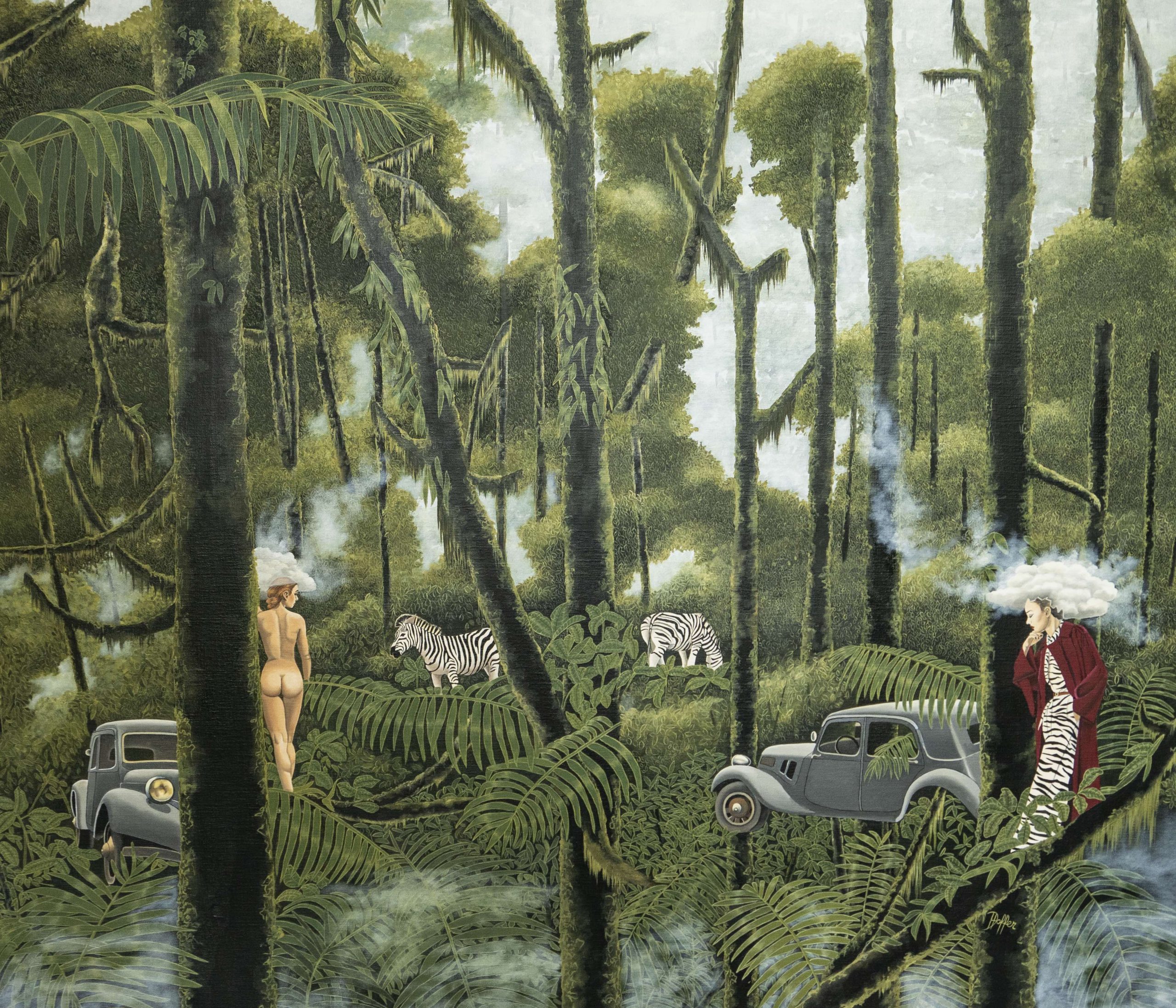 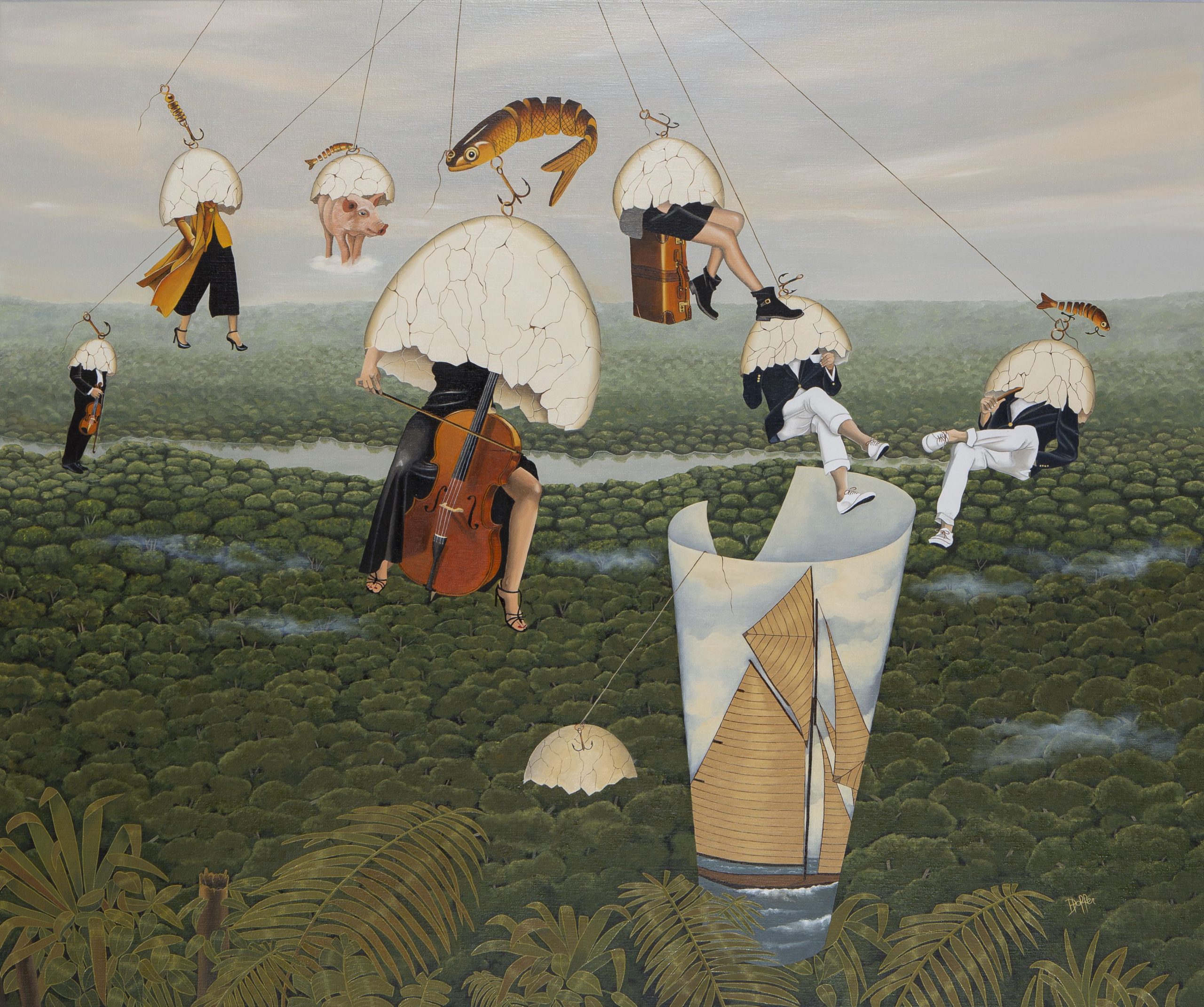 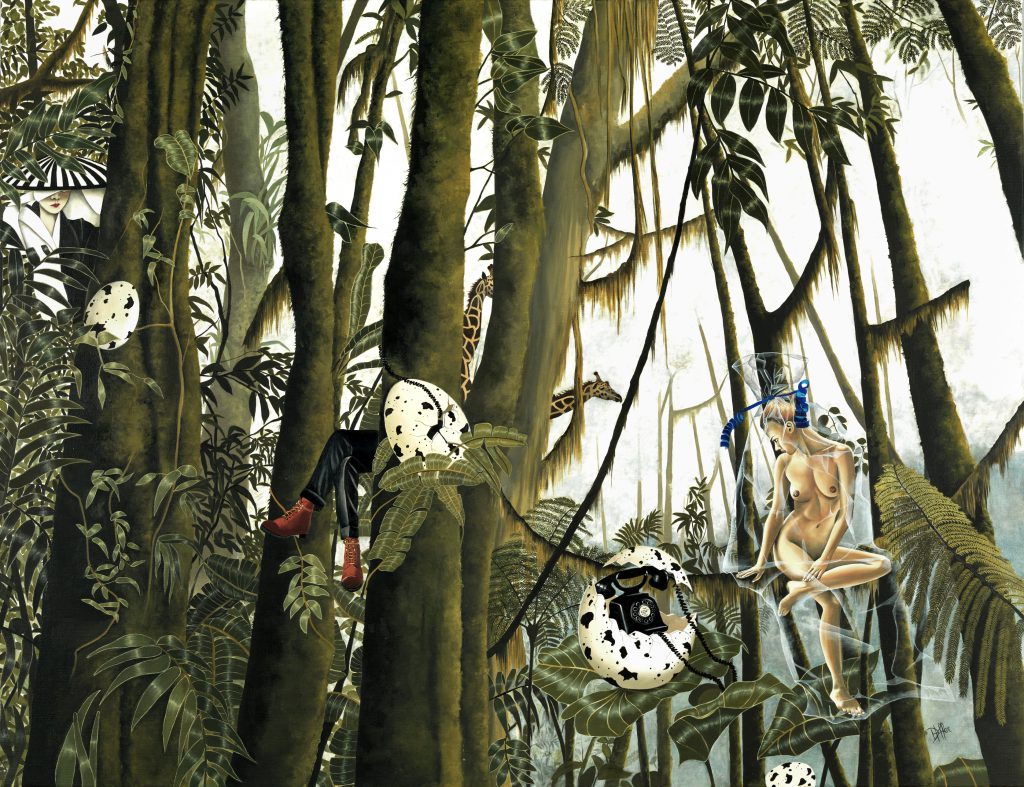 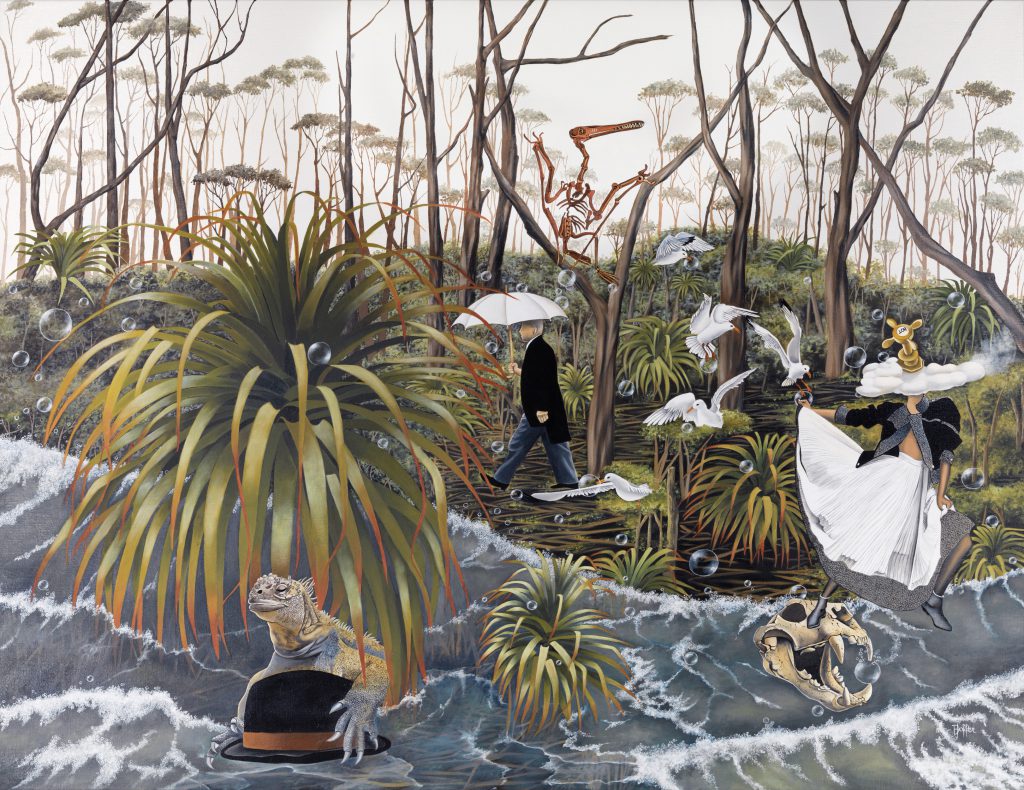 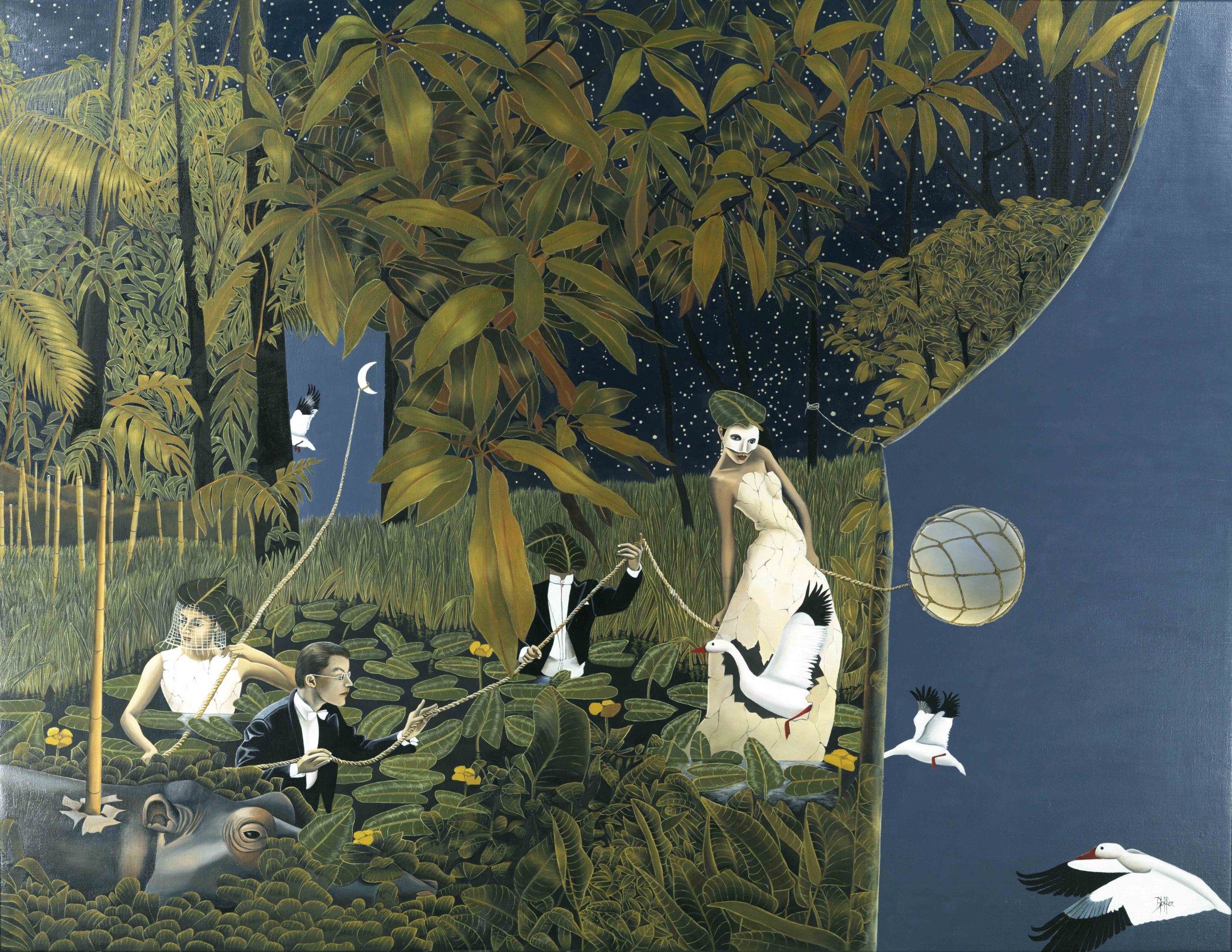 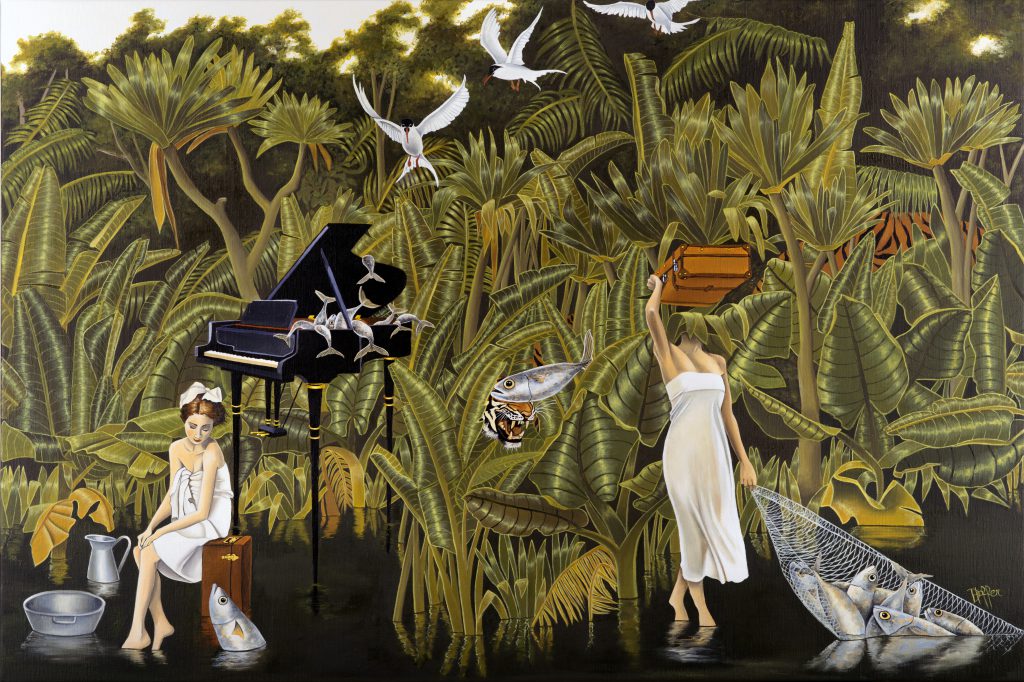 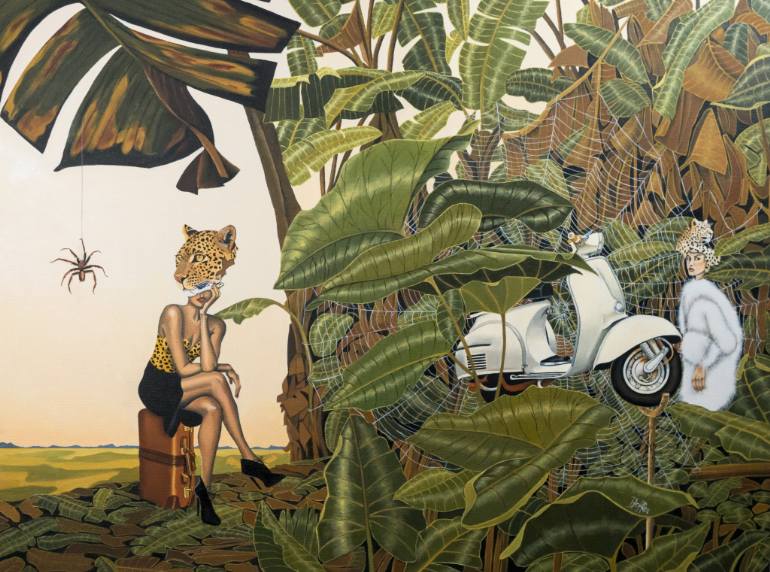