« The people I incorporate into my letters are mainly drawn from popular culture. I do them to please myself […] Representing it on a wall allows me to make it my own while highlighting the lettering, which must remain the center of my work »

Dize is a French-Tahitian graffiti artist born in 1974. In 1990, at the dawn of his sixteenth, he discovered the medium od spray painting. As a self-taught artist, from his first tags on his school tables to his explosive wild-styles, Dize learns the subtleties of the practice. He familiarizes himself to the technique alongside BEARS and then evolves from collectives to crews. Among them, the 90DBC, the DKA or the VMD. Over the years, facades and trains graffitied, Dize has developed a unique style with a colorful aesthetic. His creations combine figurative motifs, most often from comic book culture, with singular lettering.

Dize’s ambition is to bring graffiti back to its purest form. In this way, he is in line with the artists of the New York scene of the 70s. Nevertheless, he aspires to distance himself from it by abandoning the three-dimensional form traditionally used for lettering. Represented by means of simple outlines, most often on nebulous black backgrounds or with spots, Dize’s letters now evoke a style that his viewers call: galactic. The origin of this reference comes from the formal resemblance of the artist’s letters to spaceships. His production is characterized by its dynamism, by the variety of supports, as well as by the eclecticism of his palette.

His peers, underline and admire his capacity to realize a graffiti at the same time authentic and innovative. The richness of his work is built around his career as a writer/graffiti artist, as well as his ability to move from the wall to the canvas while keeping the soul and energy that inhabited his first clandestine creations. Unavoidable, the works of Dize occupy a great place in the urban art sphere. Everywhere, they take over the facades of our subways, the alleys of our metropolises as well as the walls of numerous galleries throughout the world. From Switzerland to Germany, through Spain and the United States, Dize performs and exhibits in many countries.

His works are the expression of a life entirely dedicated to graffiti. Refusing to be forgotten, Dize doesn’t hesitate to transmit his work to new generations of artists. Discover the world of Dize as well as his latest creations in our galleries Marciano Contemporary. 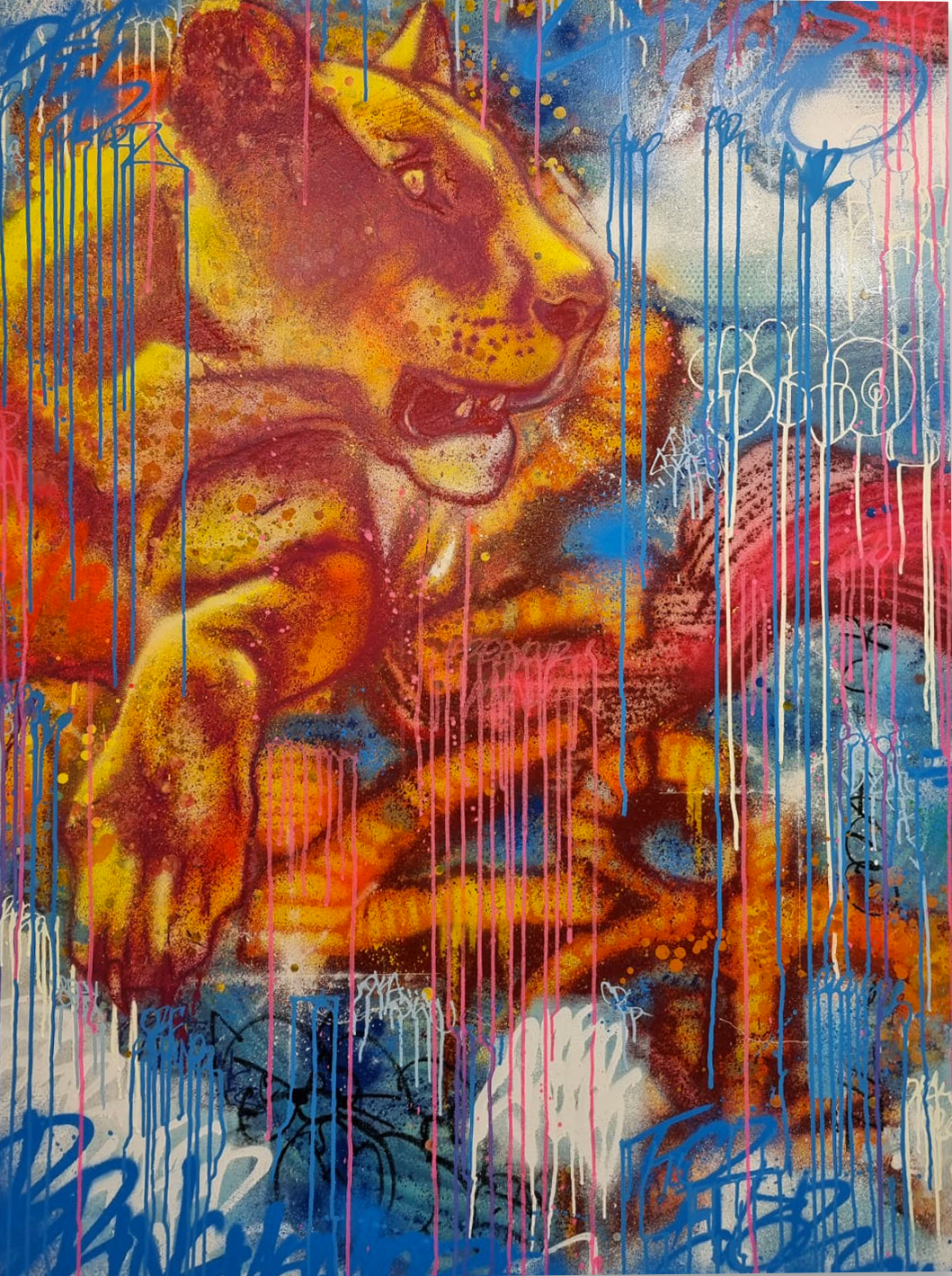 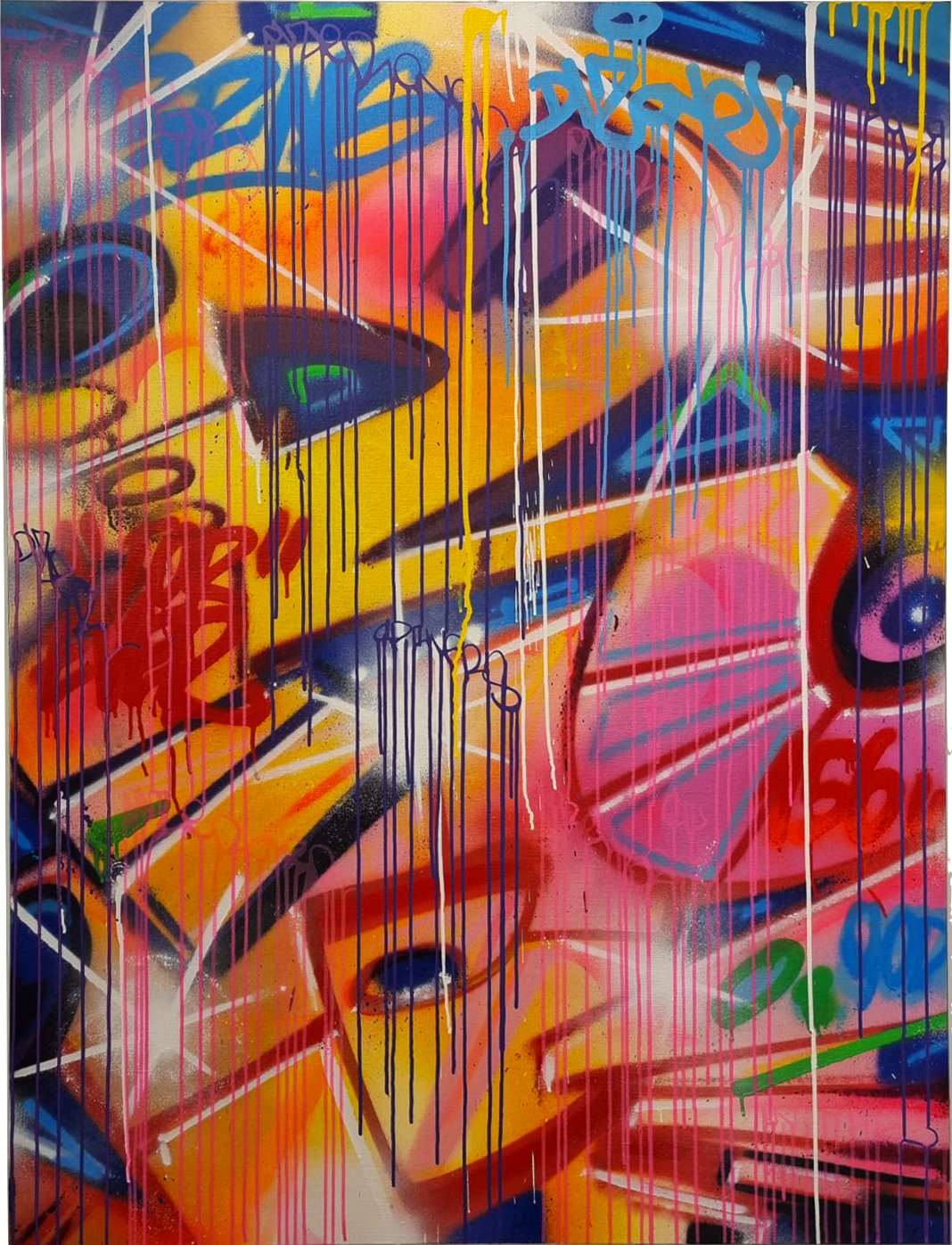 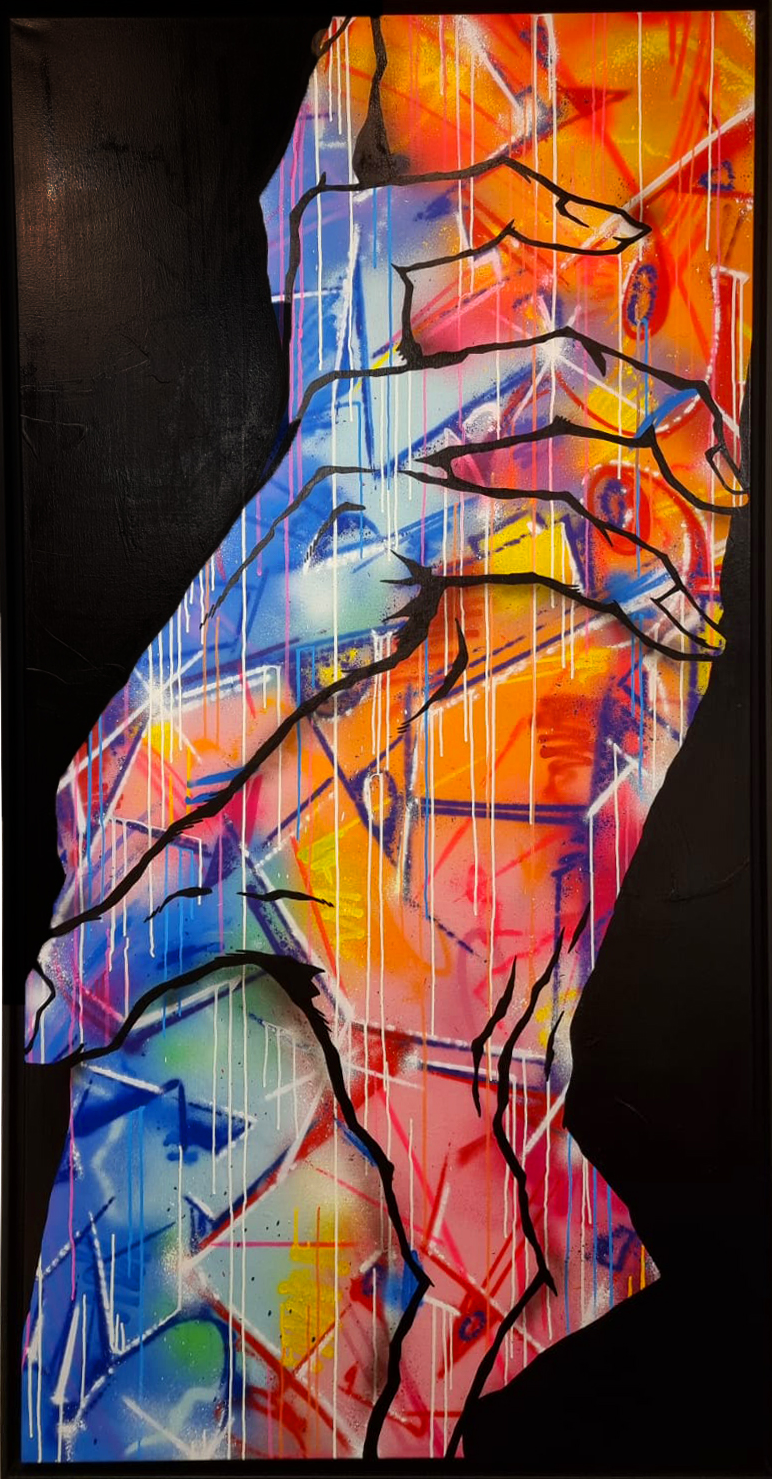 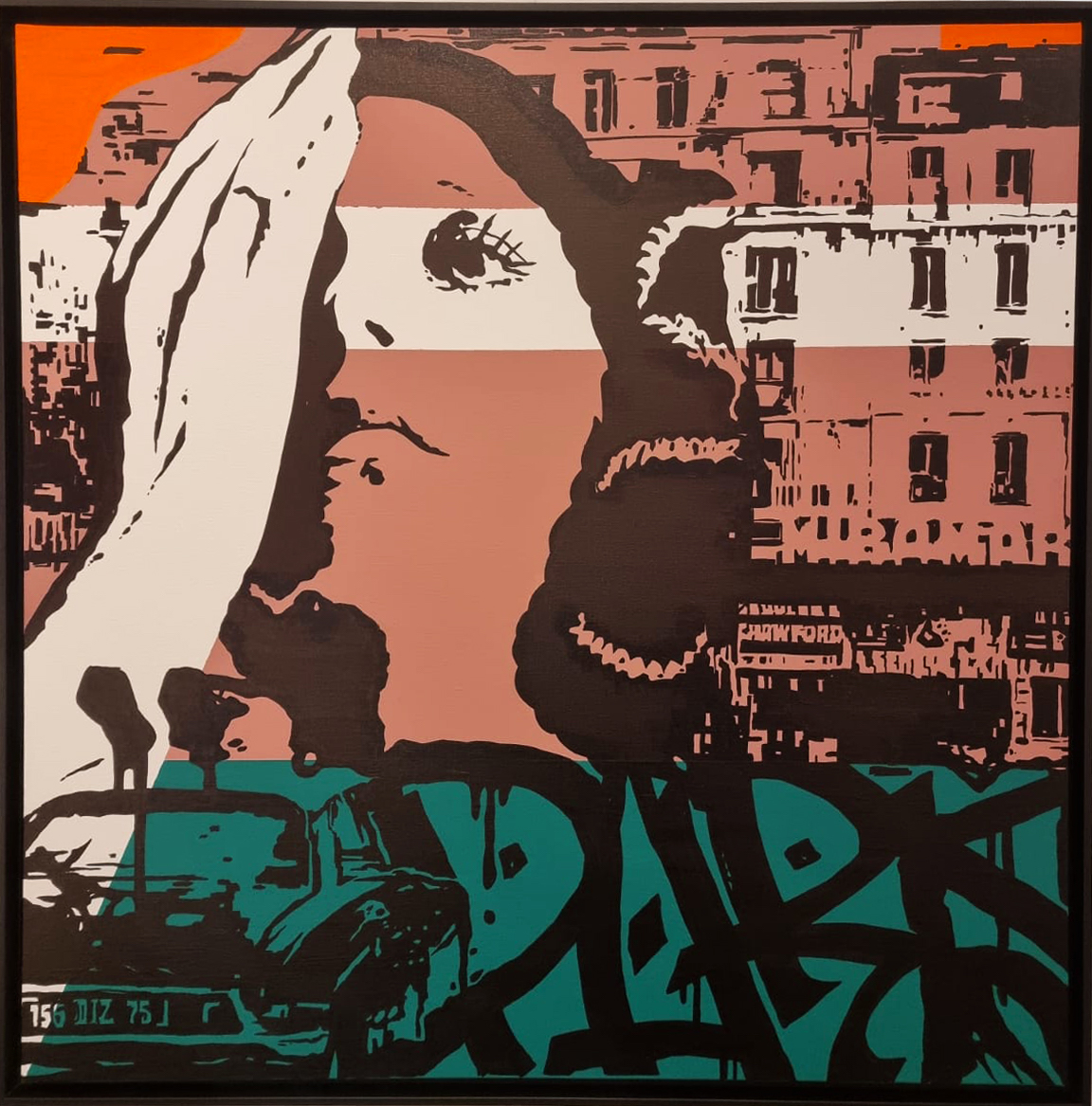 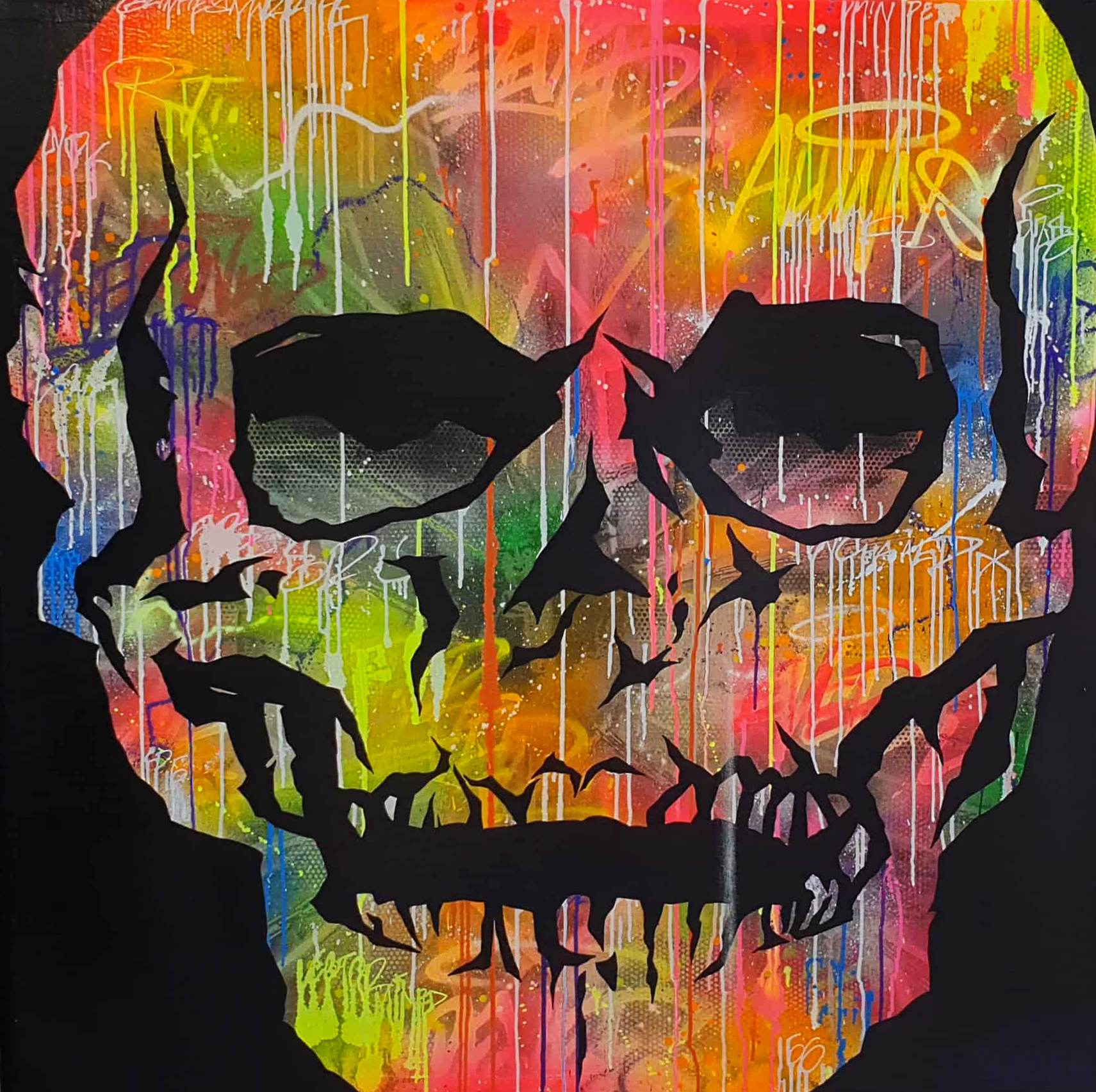