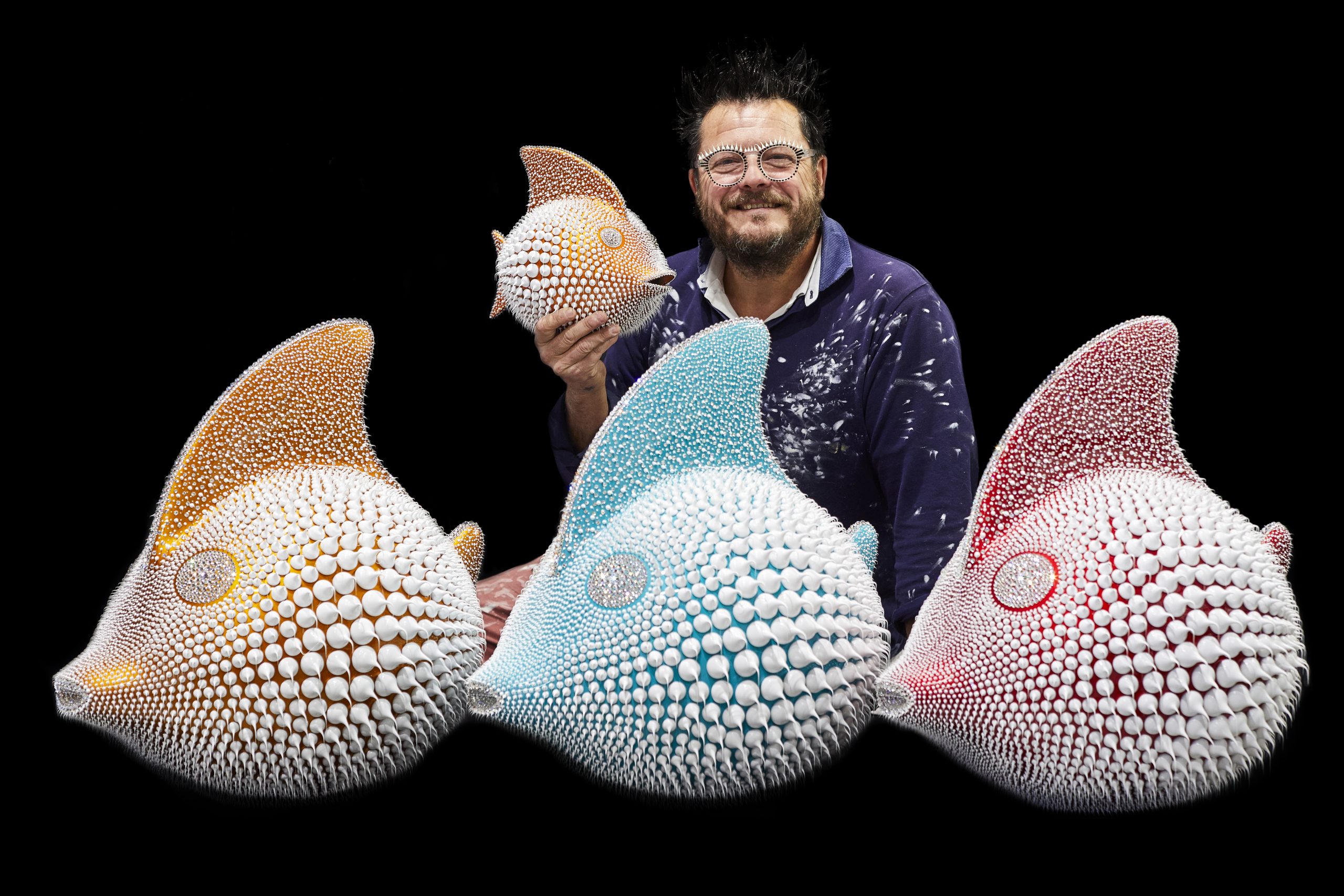 Eddy Maniez was born in Grasse in 1969. This self-taught curious person knew by the simple expression of his creativity how to build an unique artistic universe. His art features animals of all kinds, which he sublimates through the use of eclectic mediums. Fish, gorillas and octopuses are thus magnified by Swarovski crystals and silicone. By using a clever interlocking game, the artist succeeds in combining the two elements. He then inlays them on resin or ceramic supports.

The draftsman, who became a sculptor, developed this technique over the years and the experimentations. It consists in diverting the traditional pictorial pointillism into a three-dimensional pointillism. Innovator of this very singular technique, Eddy Maniez ornamented point after point his creatures with strange picots. But don’t be taken in by it, these sculptures are far from being prickly. Inspired by René Magritte’s adage “it is forbidden not to touch”, the artist invites his spectators to let themselves be surprised by the softness of his creations. As intriguing as it is captivating, Eddy Maniez’s work seduces us with its freshness and mischief.

Discover his creations in our Marciano Contemporary galleries. 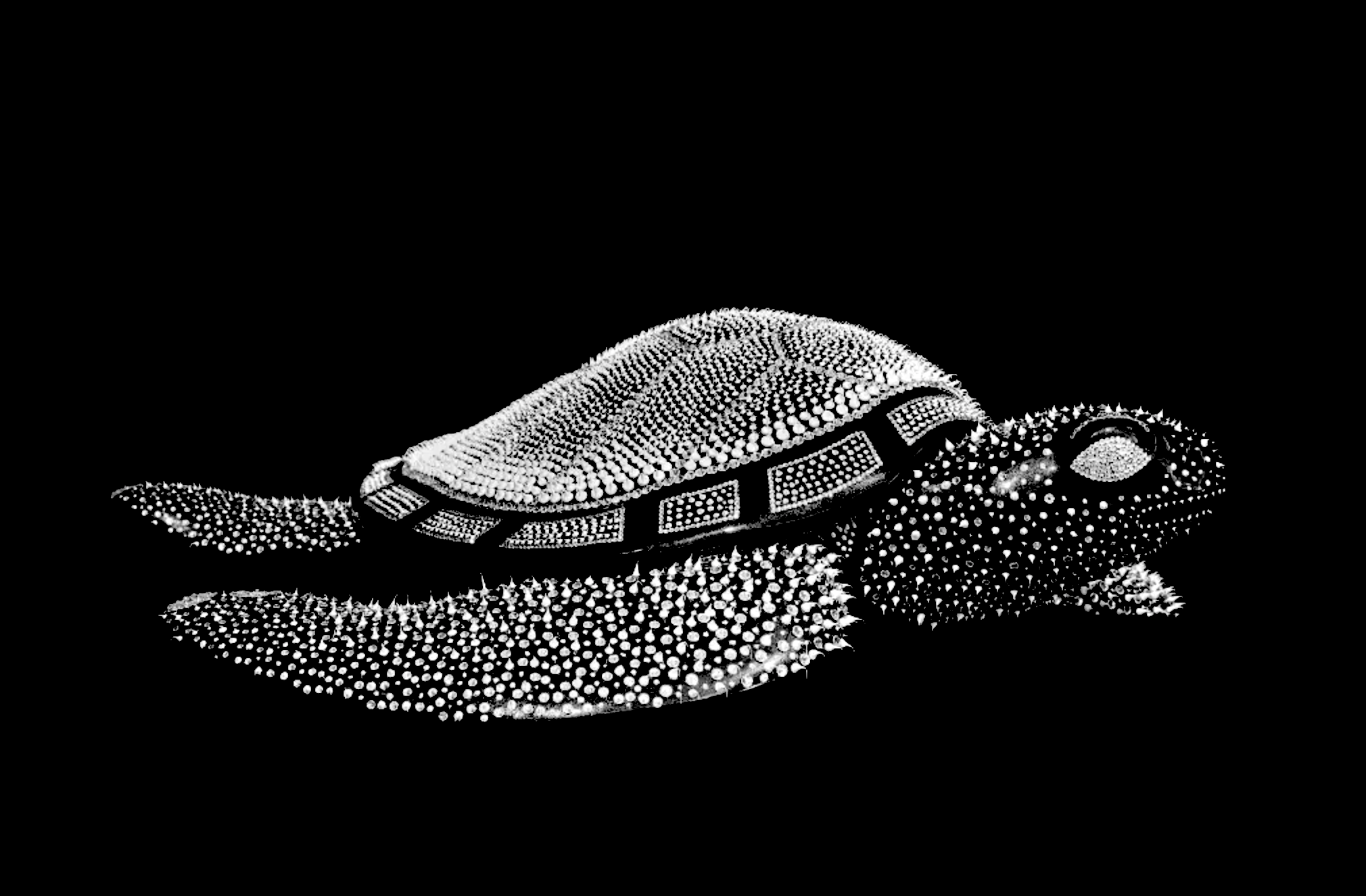 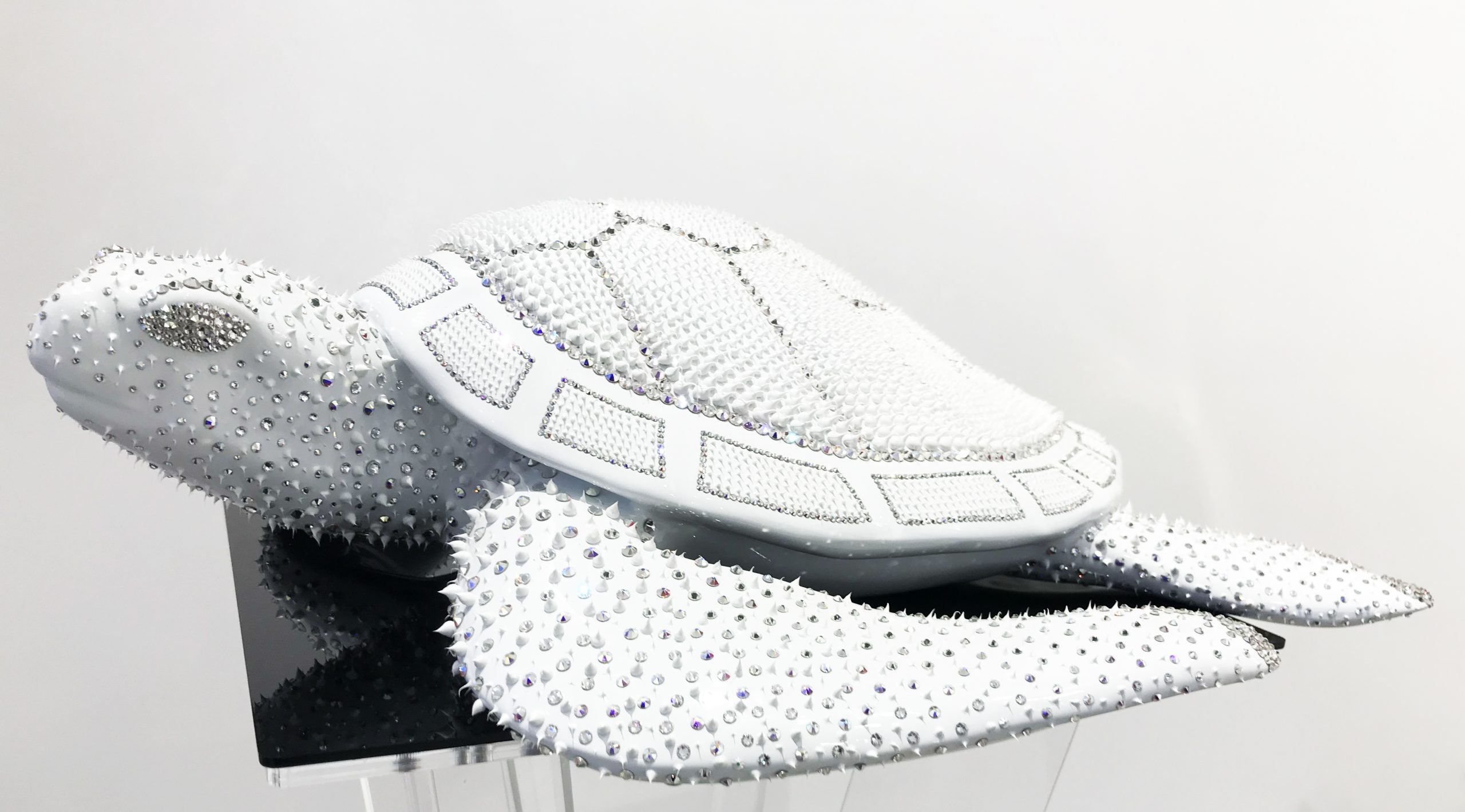 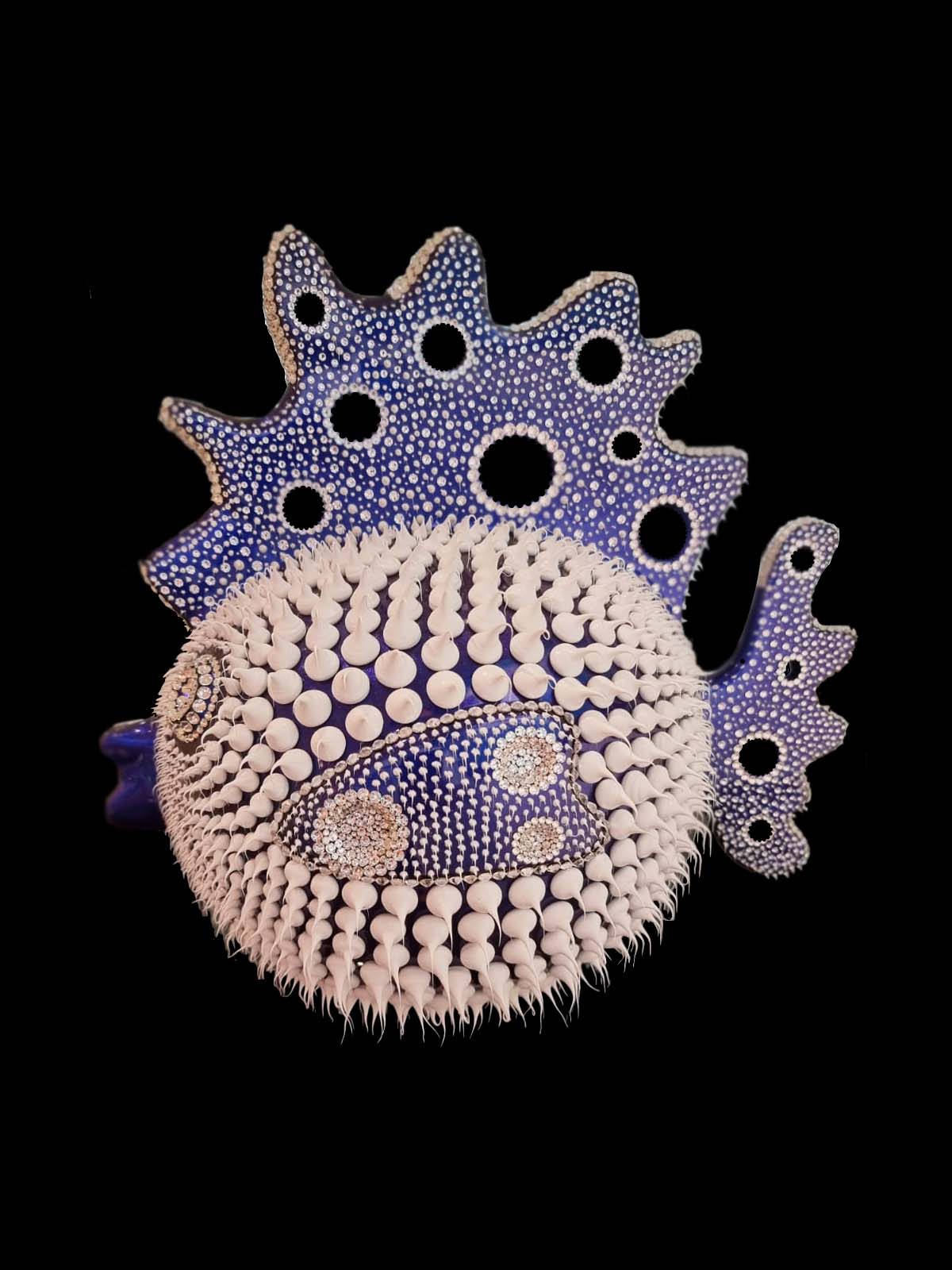