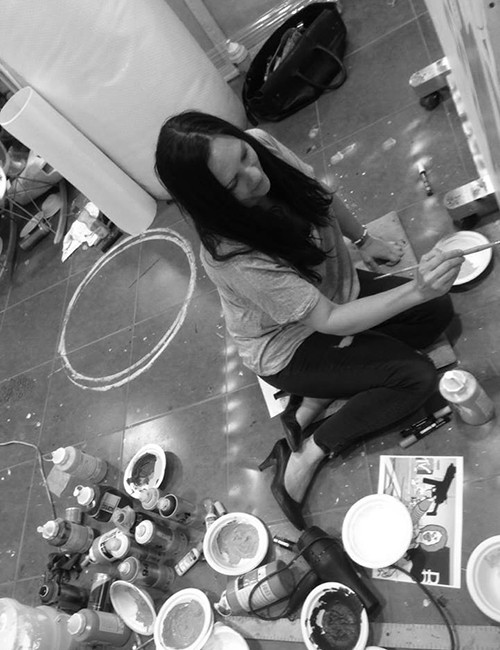 Johanne 8 is a French visual artist, born in Lyon in 1974. As an artist with multiple skills, she explores the universe of sculpture as well as painting. Played by the tender memories of her childhood, Johanne 8 pays tribute through her art to the most striking symbols of popular culture of that time. Toys, animated characters or even commercial products emblematic of the 1980s and 1990s, thus inspire the themes of her creations. Funny and colorful her subjects celebrate the happy memories of her young years. Attached to her artist name, the number 8 evokes an affectionate reference to the day of his son’s birth. This act resonates like a temporal hyphen, thus linking his past to his future. Johanne thus invites her viewer to the heart of the conviviality of a universe which although intimate, addresses universal, pop and colorful references.

For her latest pictorial achievements, the artist has mischievously decided to play with contrasts. Johanne 8 indeed opposes the comic universe of characters from the iconography of the 1950s, to the soft and poetic nature of cherry blossoms. This phenomenon is accentuated by the dualism of the effects of matter. The smooth appearance of the figures contrasts with the relief of the flowers. His fascination with Lichtenstein, Errò or even Julio Le Parc shines through in his creations and mixes talentedly with his personal touch.
The Qee bear sculpture series is distinguished by its Street and Pop style. The teddy bear, like a nod to the child’s world, is adorned with cultural references. Worlds of fashion, music and even art adorn these endearing characters.

Her creations have been observed and chosen by big names in fashion such as Paul&Joe, Karl Lagerfeld and Olivier Rousteing. As an international artist, Johanne 8 exhibits all over the world. Discover her latest creations in our galleries Marciano Contemporary. 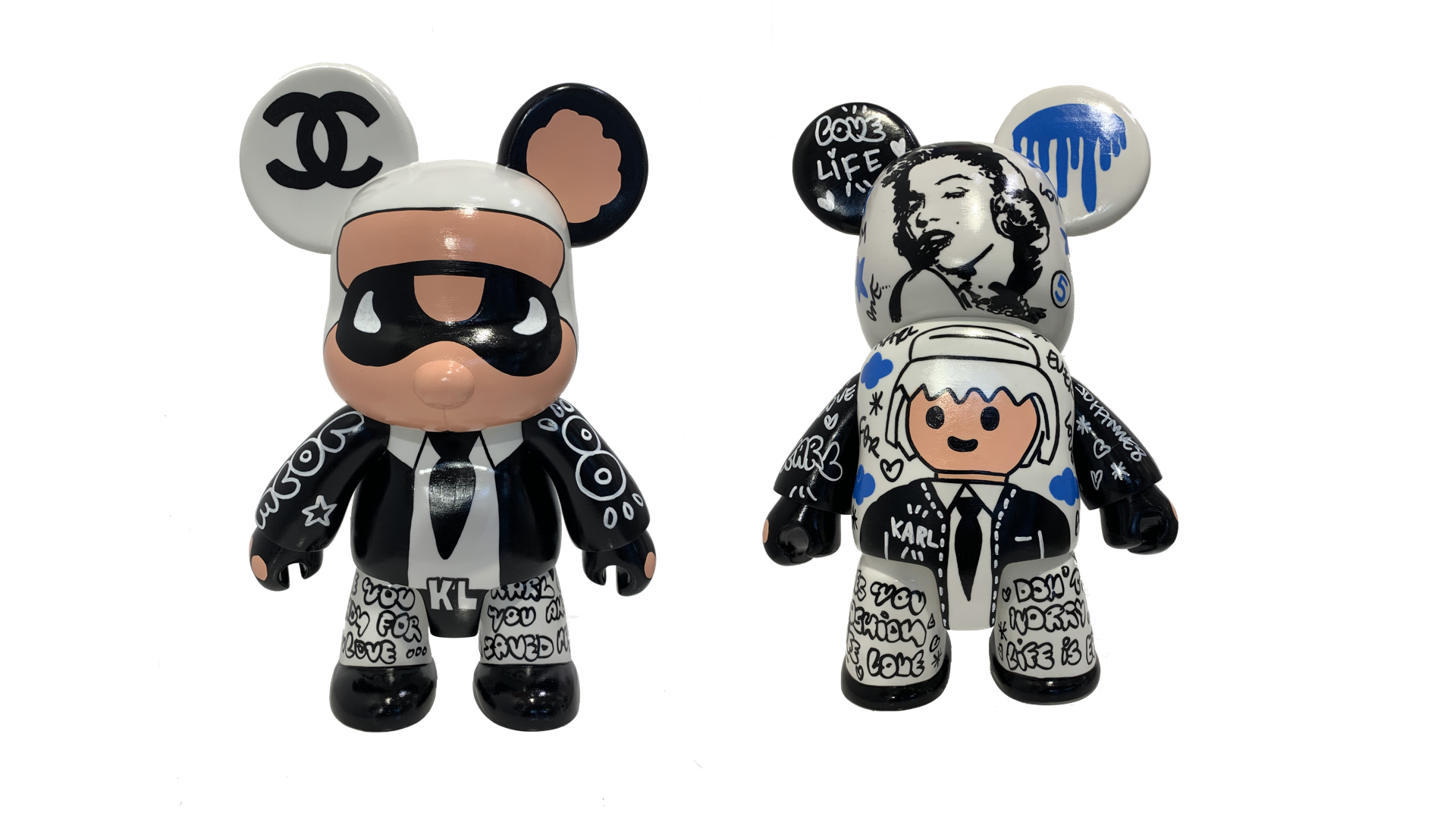 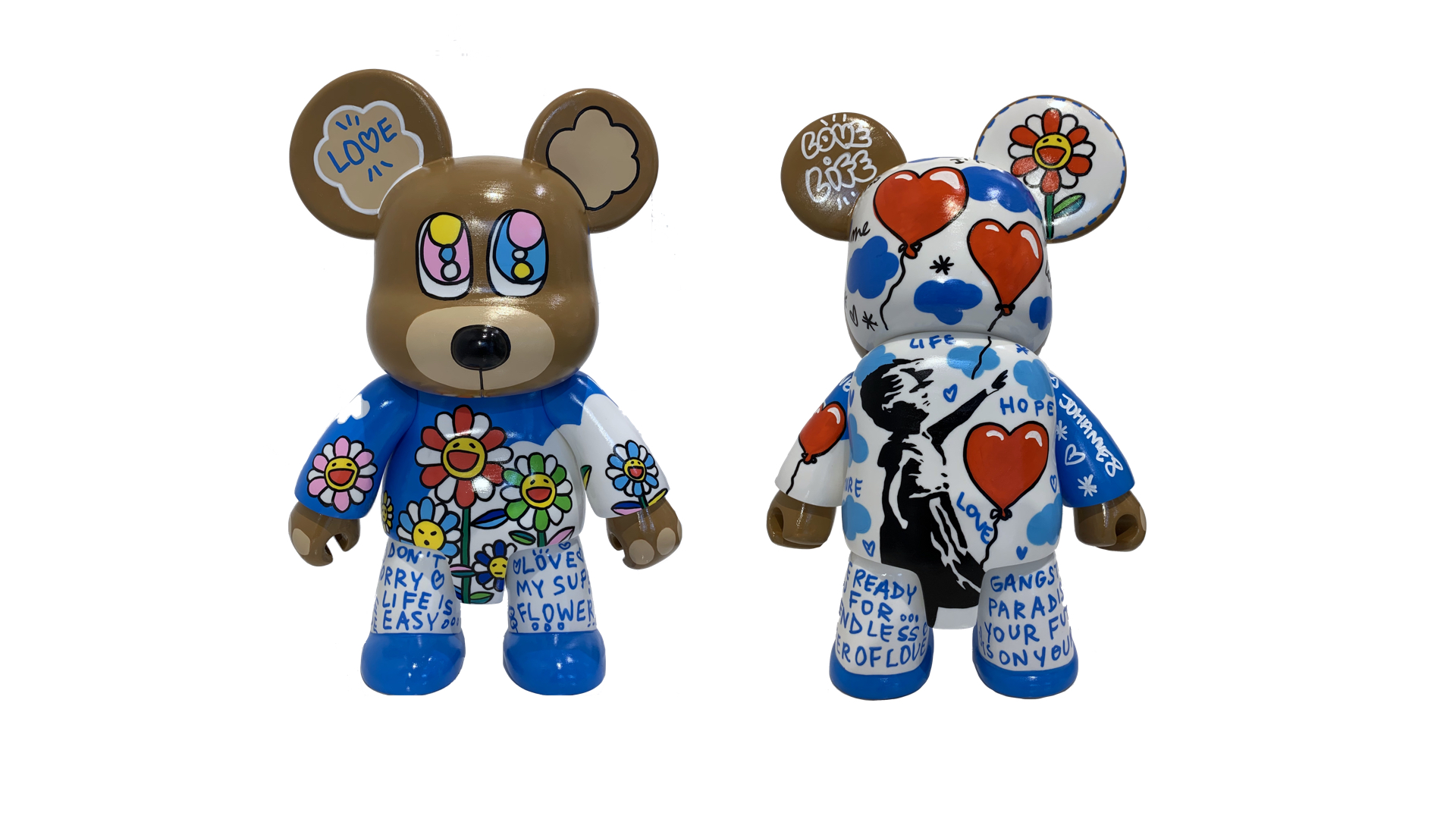 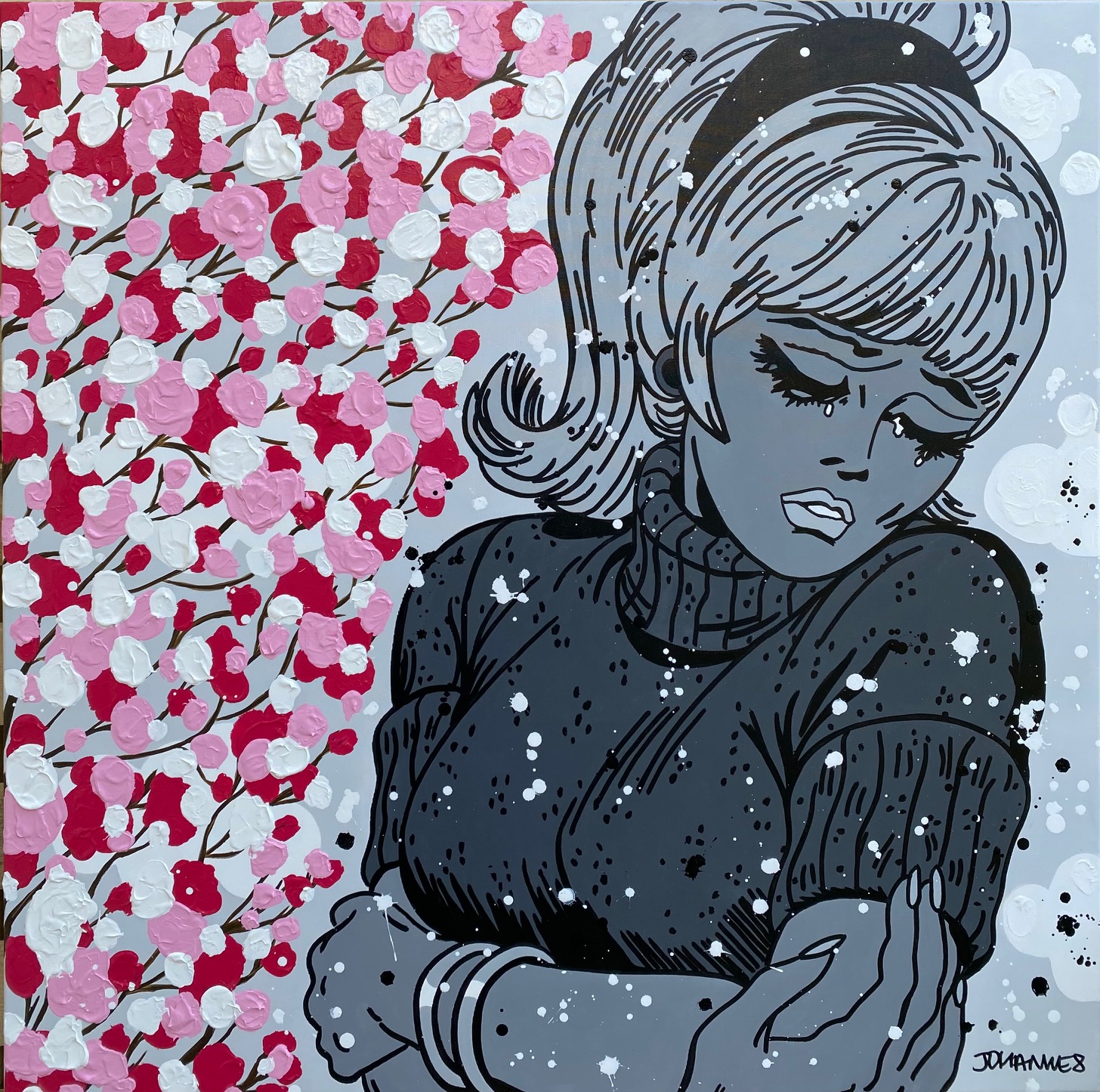 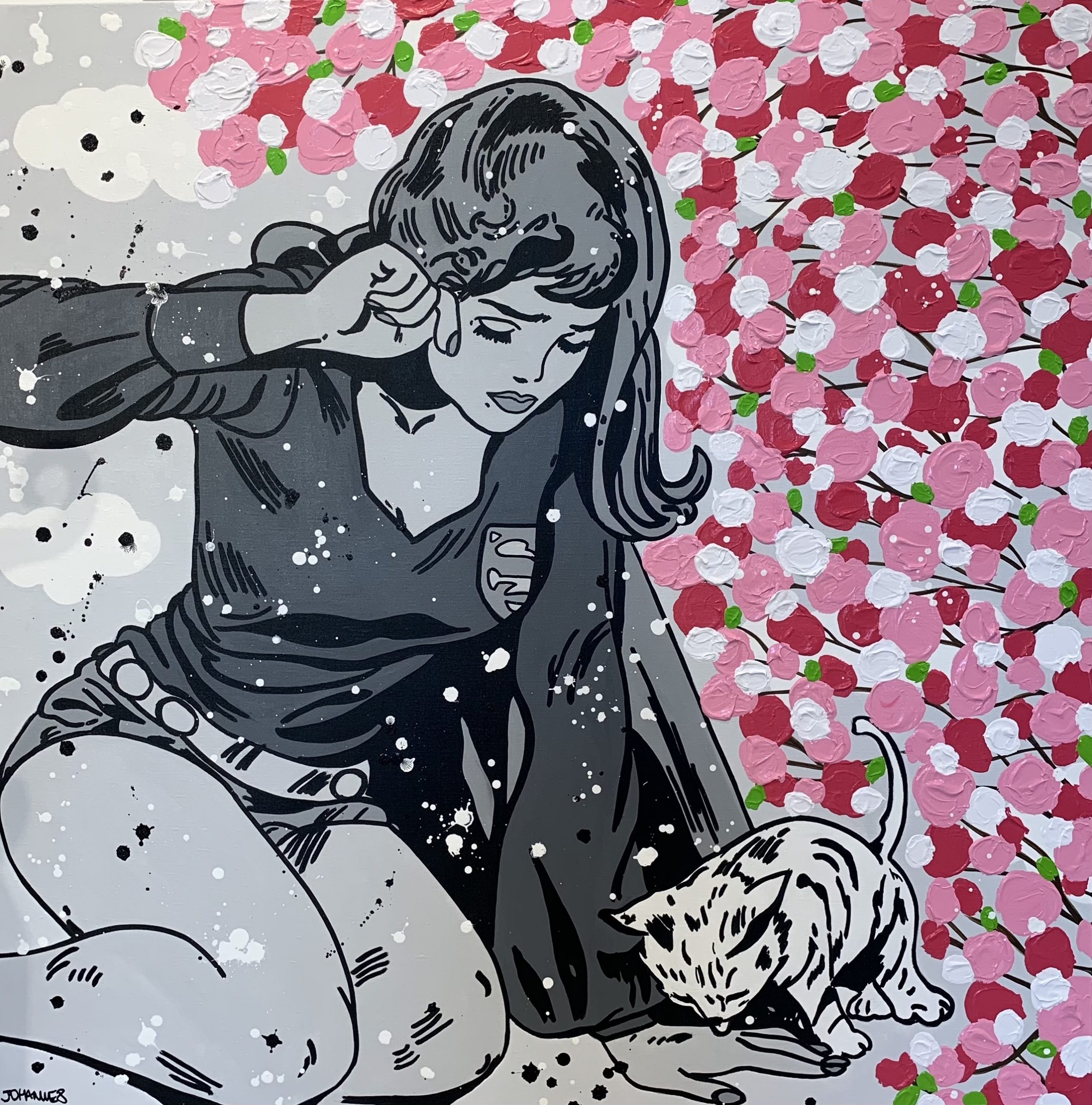