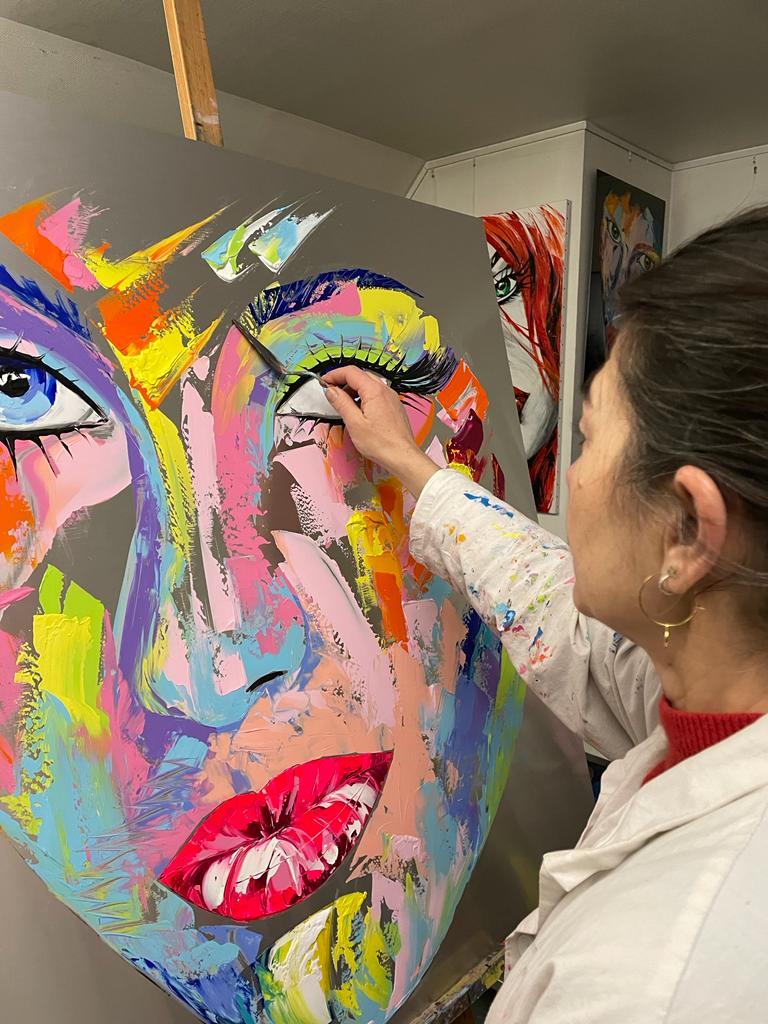 Laurence Nolleau is a French visual artist born in 1963 in Epernay. During her childhood, her artistic universe is influenced by her many travels which determines the colorimetry of her artwork. As a teenager, she orientated toward the fashion industry and studied Fashion Design at ESMOD Paris. In 1987, she obtained her first internship at the Dior house, leading her to numerous collaborations with French and Australian brands. During this period the artist did not stop drawing. aThat is why she decided in 2002 to devote herself  to her artistic practice.

Her creations, oscillating between Peo-Pop and figurative art, propose female portraits between fawn and Glam Rock aesthetic. Indeed, her compositions are distinguished by the use of the knife, giving the faces a lively, dynamic and particularly dazzling appearance. The artist uses vivid colors to animate her works by marking a strong materialization of contrast and light. The viewer thus can perceive the character of these models through the features and expressions that are depicted.

These anonymous representations not only denote a vast thematic diversity, but also a broad perspective on the surrealist-inspired imagination paint on monochrome backgrounds, the frozen sequences of her compositions refer to the popular and collective unconscious. Thus, characterized by a rich symbolism and intense chromaticism, Laurence Nolleau revisits the painting medium as well as the Pop-art universe.

More recently the artist turned to more conceptual sculptural installations where she divides her portraits by black aluminum slats, unlike her pictorial artworks, she reinterprets icons of fashion and cinema industries in a minimal and sober way.

Find her work in our Marciano Contemporary Galleries. 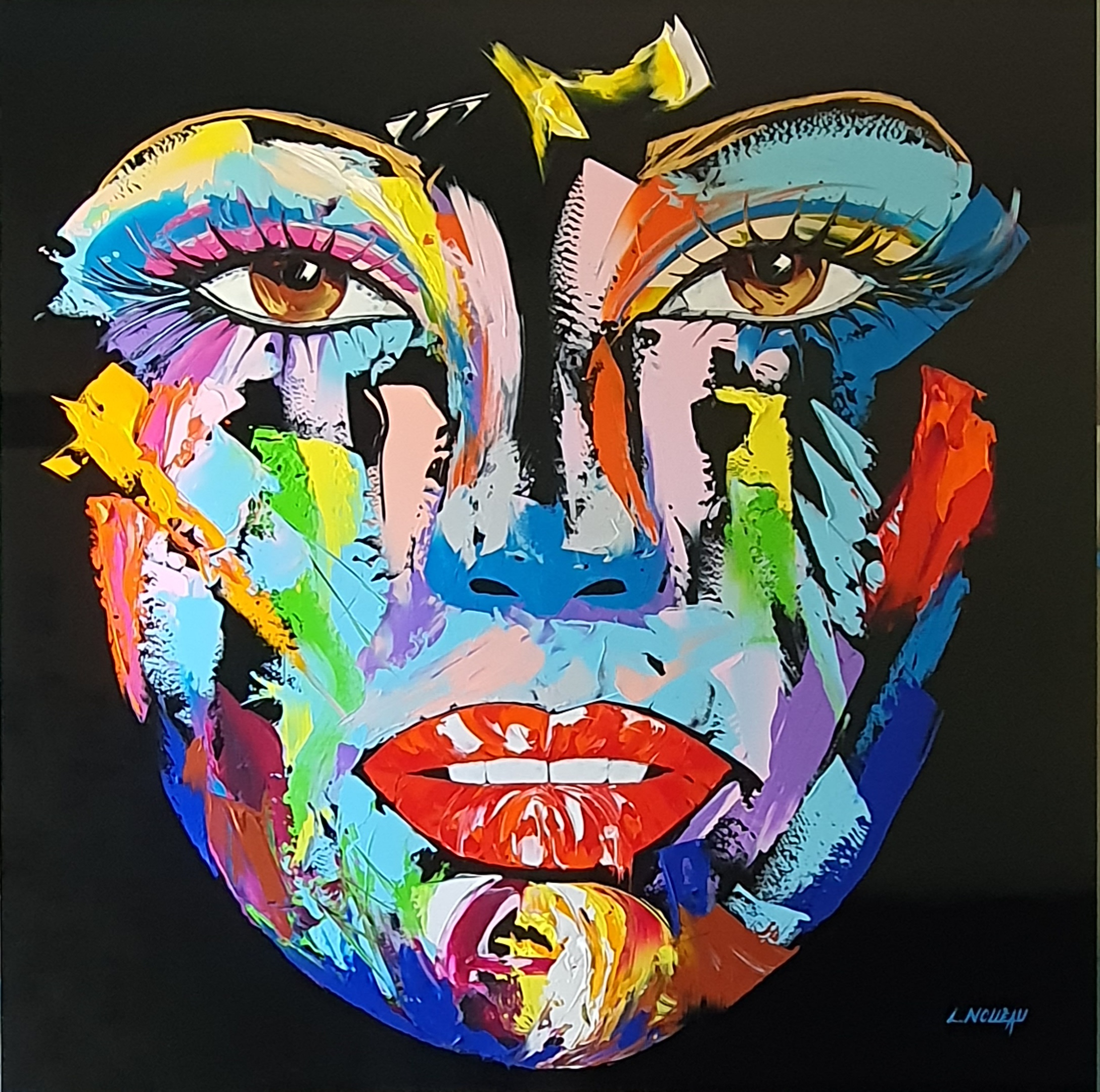 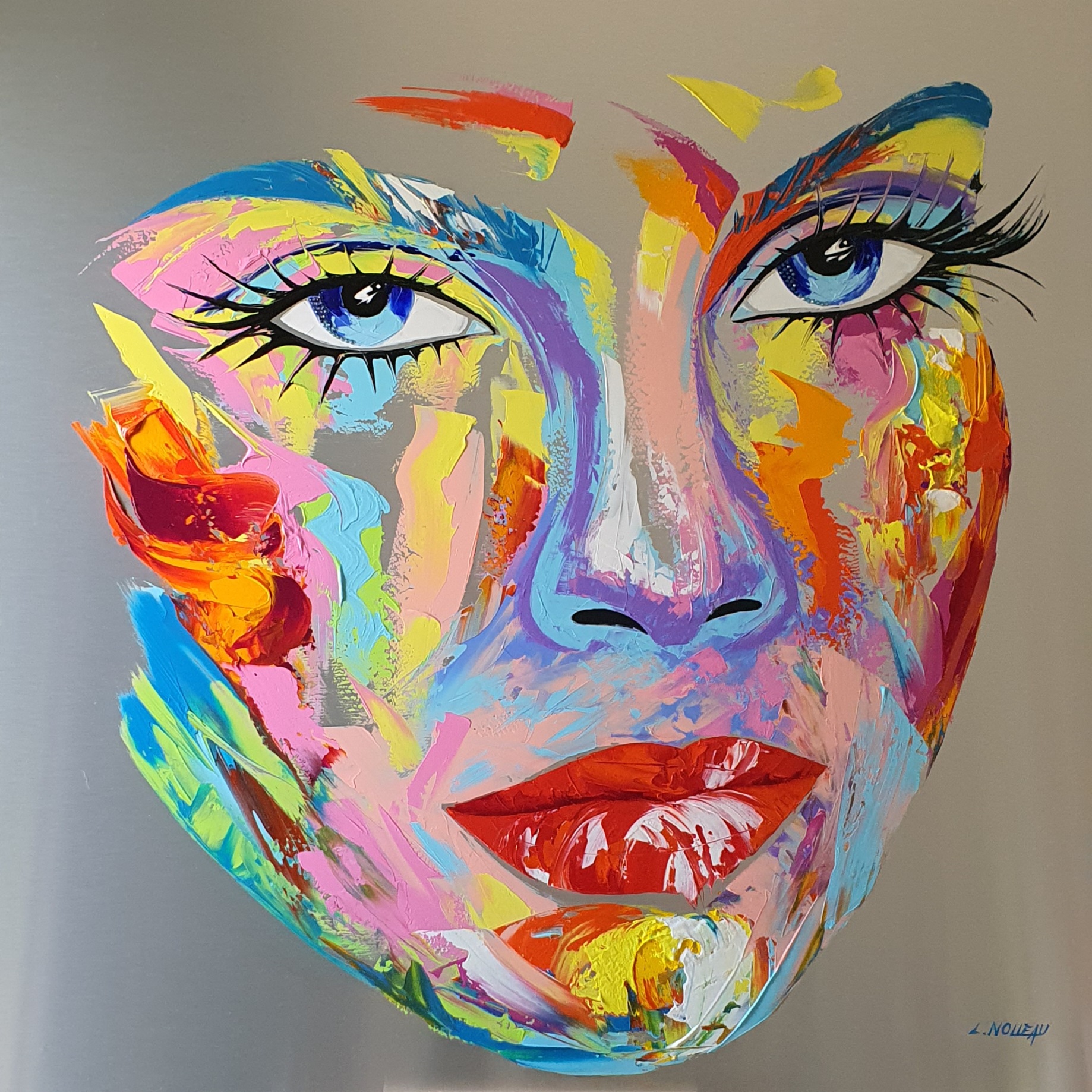 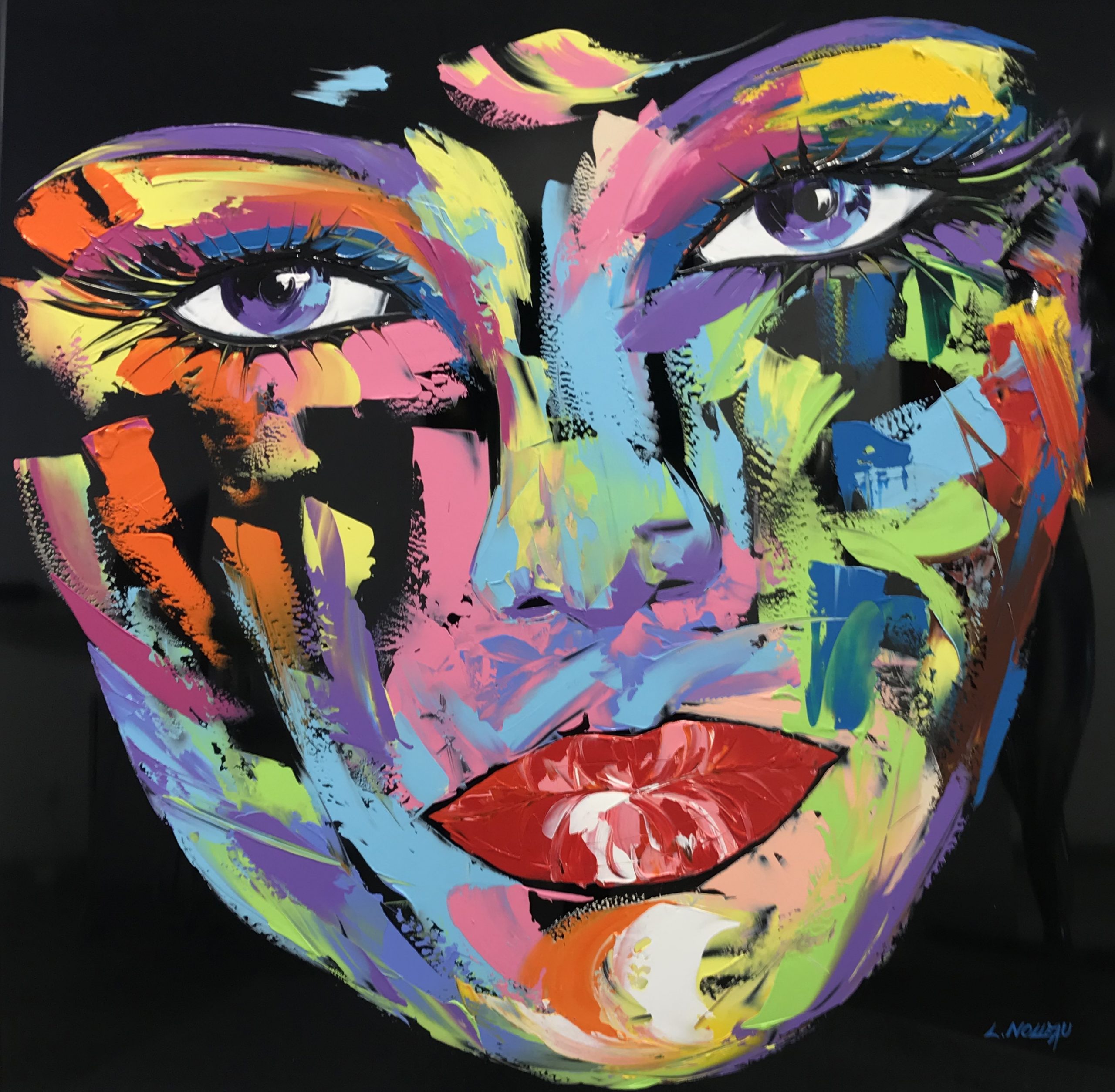 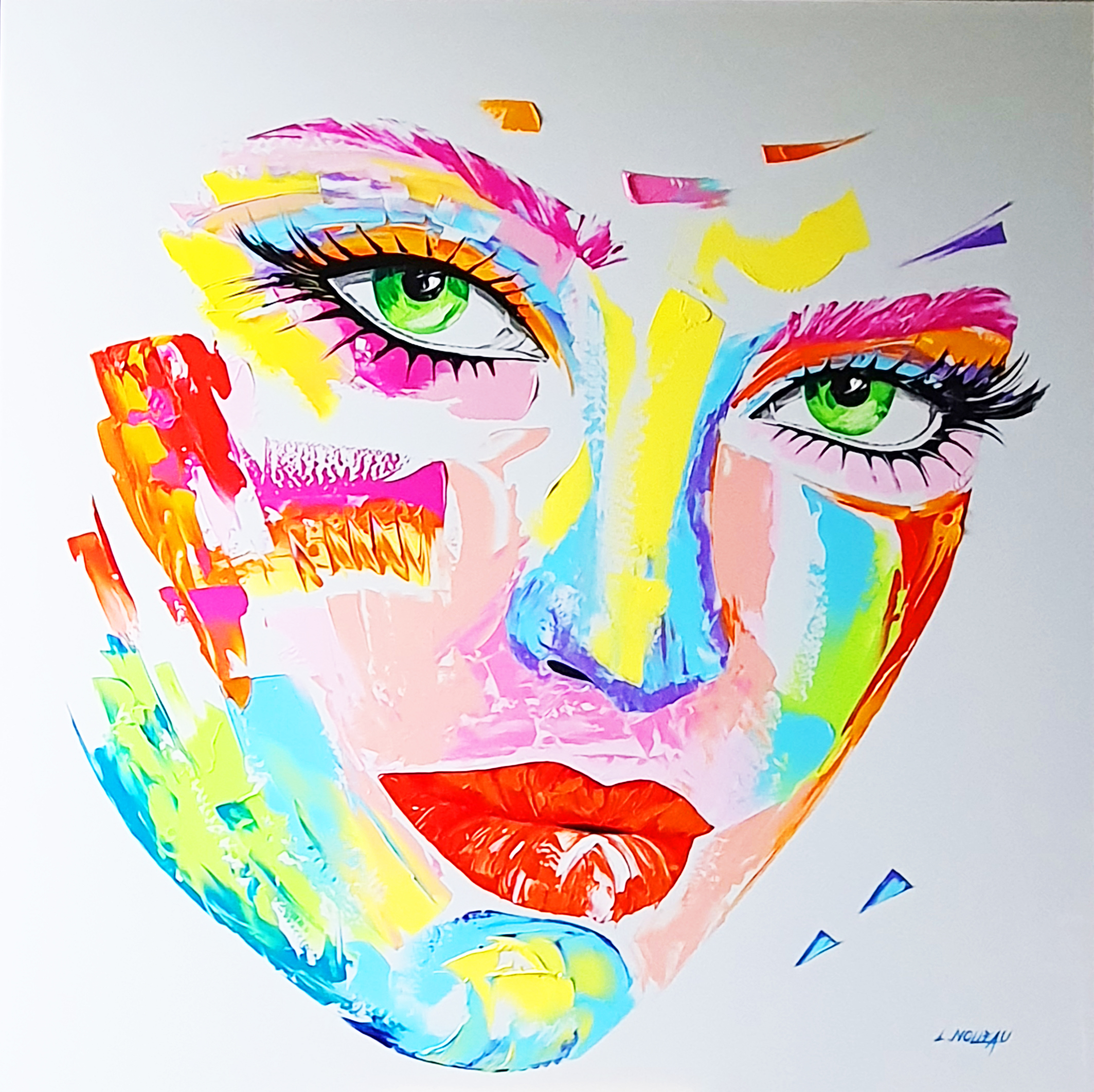 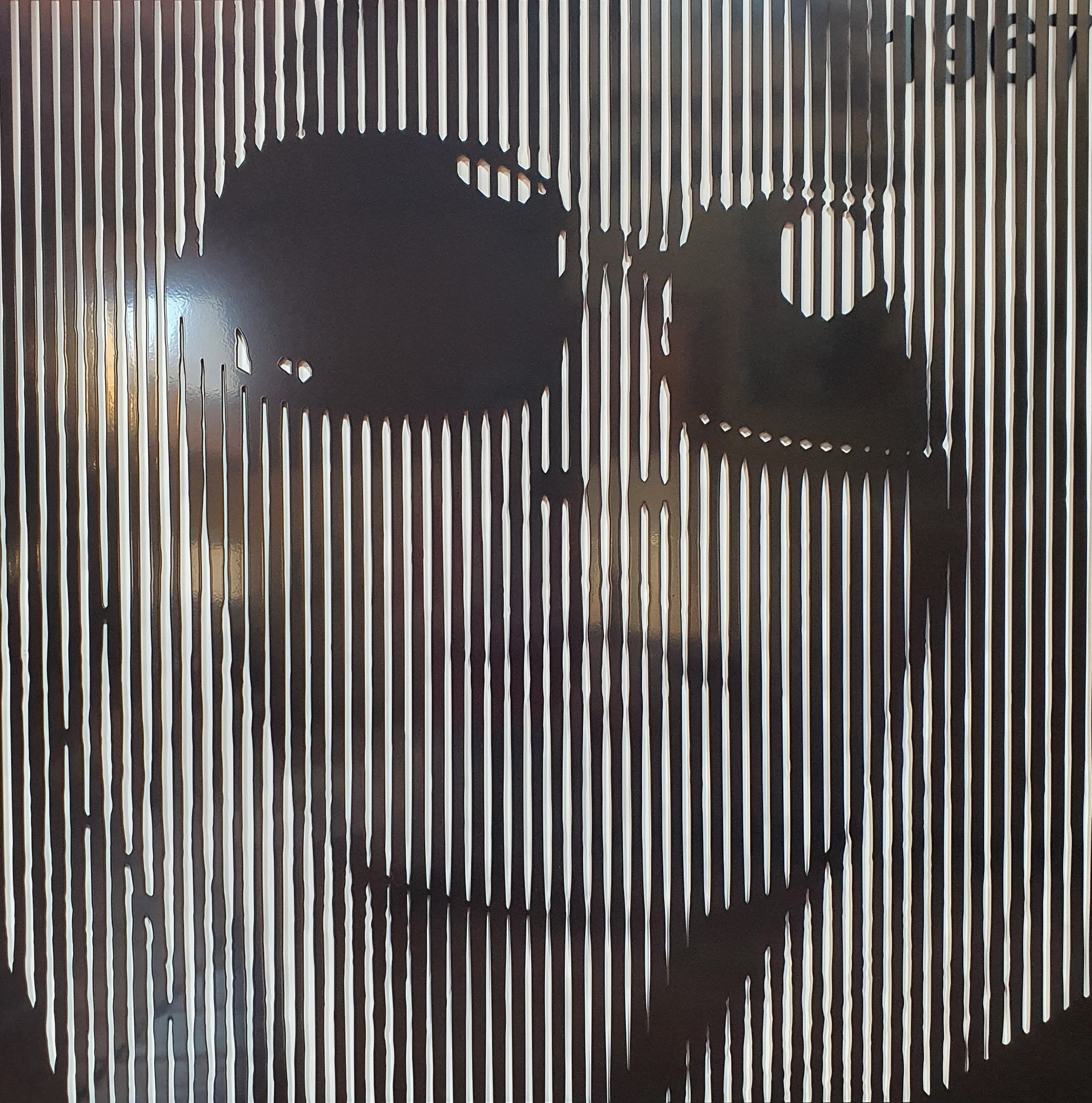 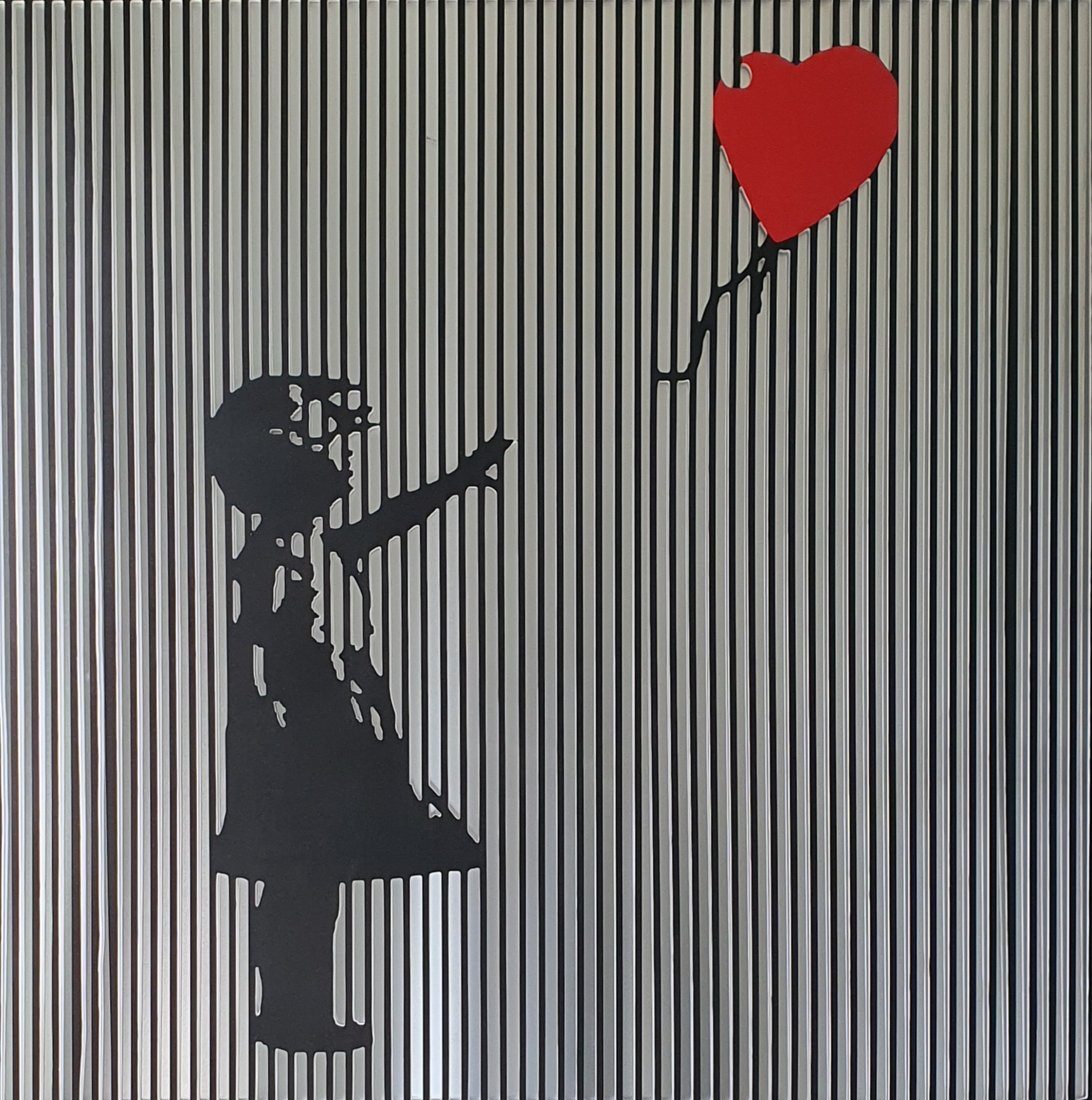 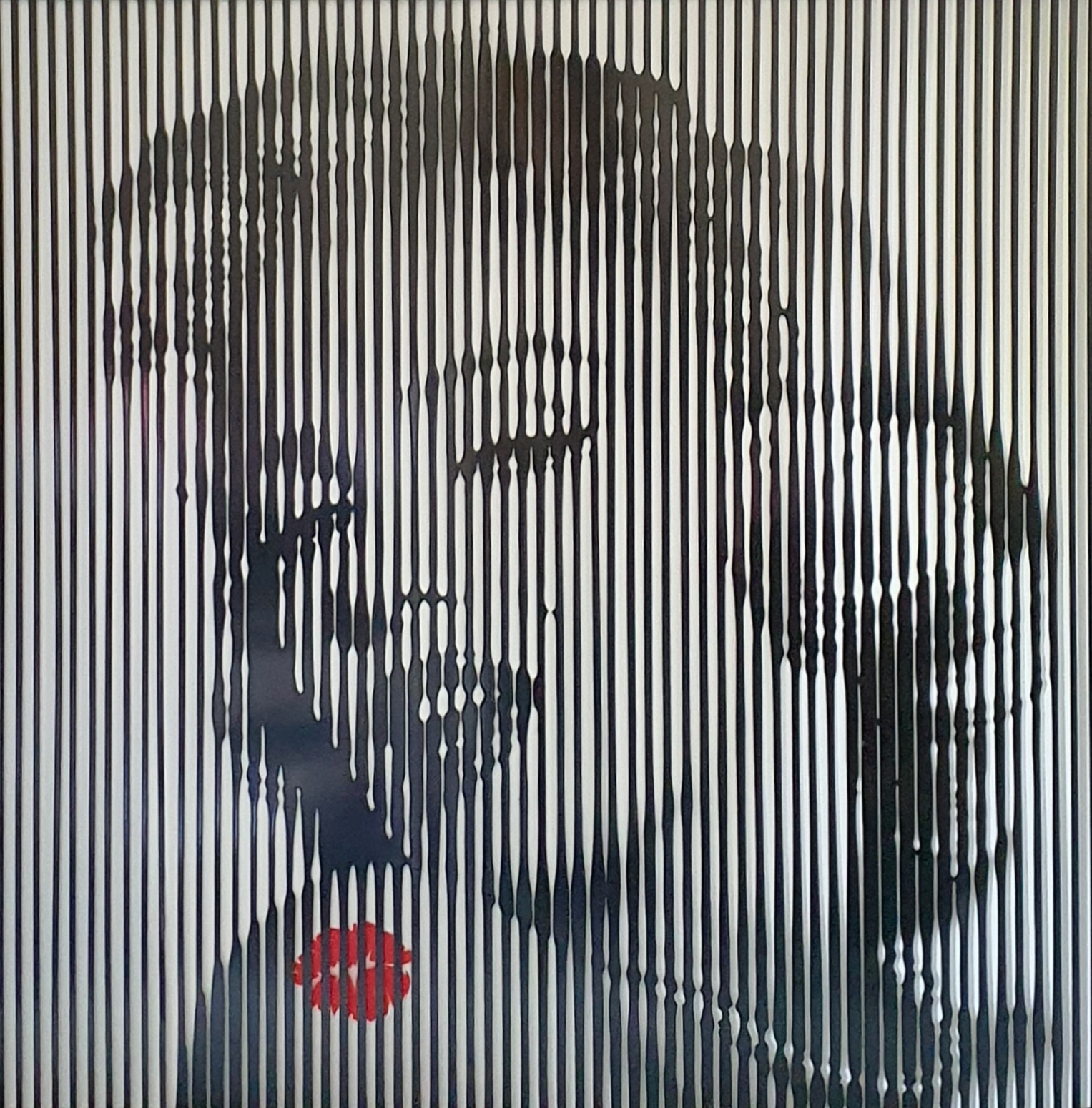 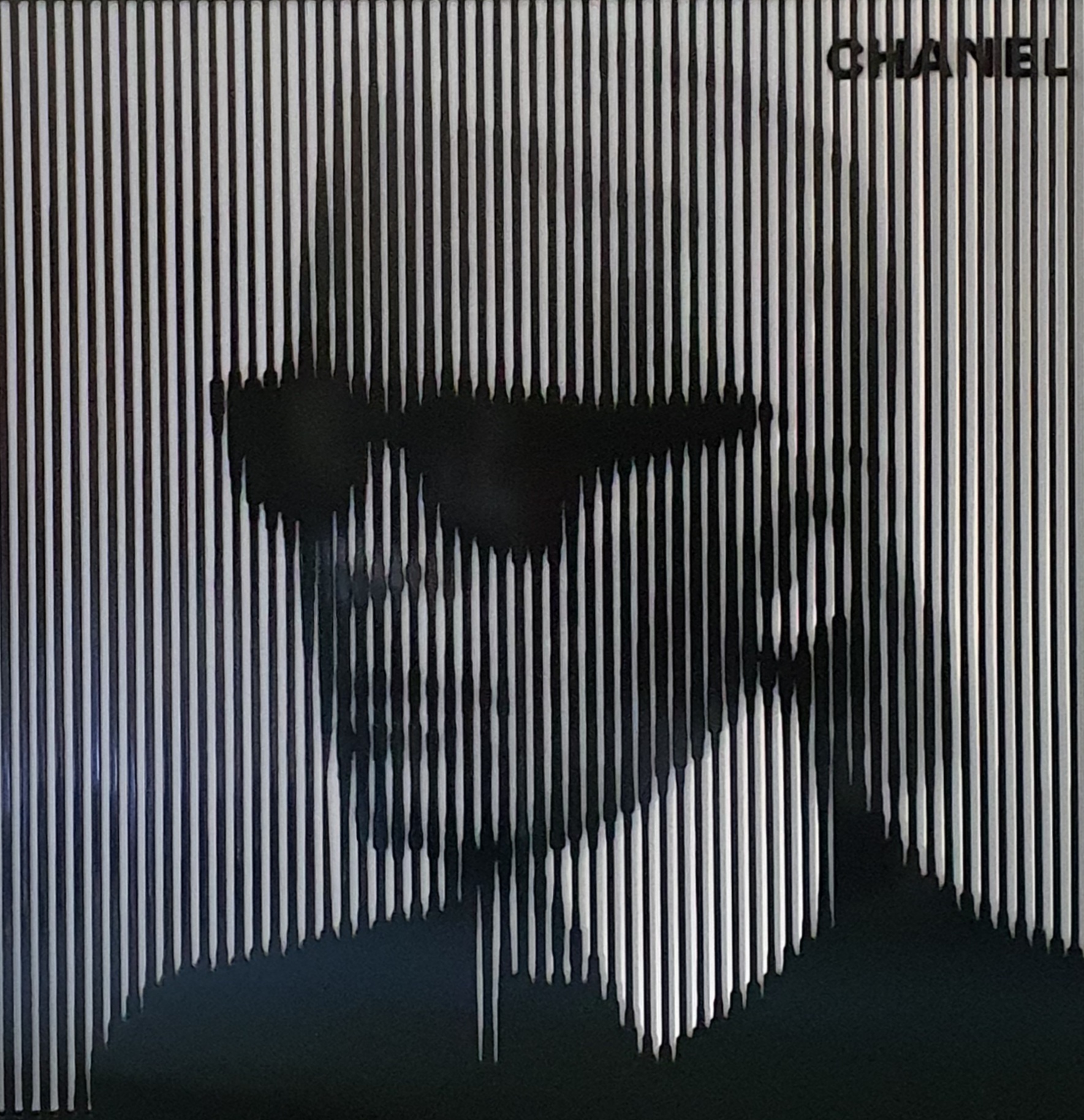 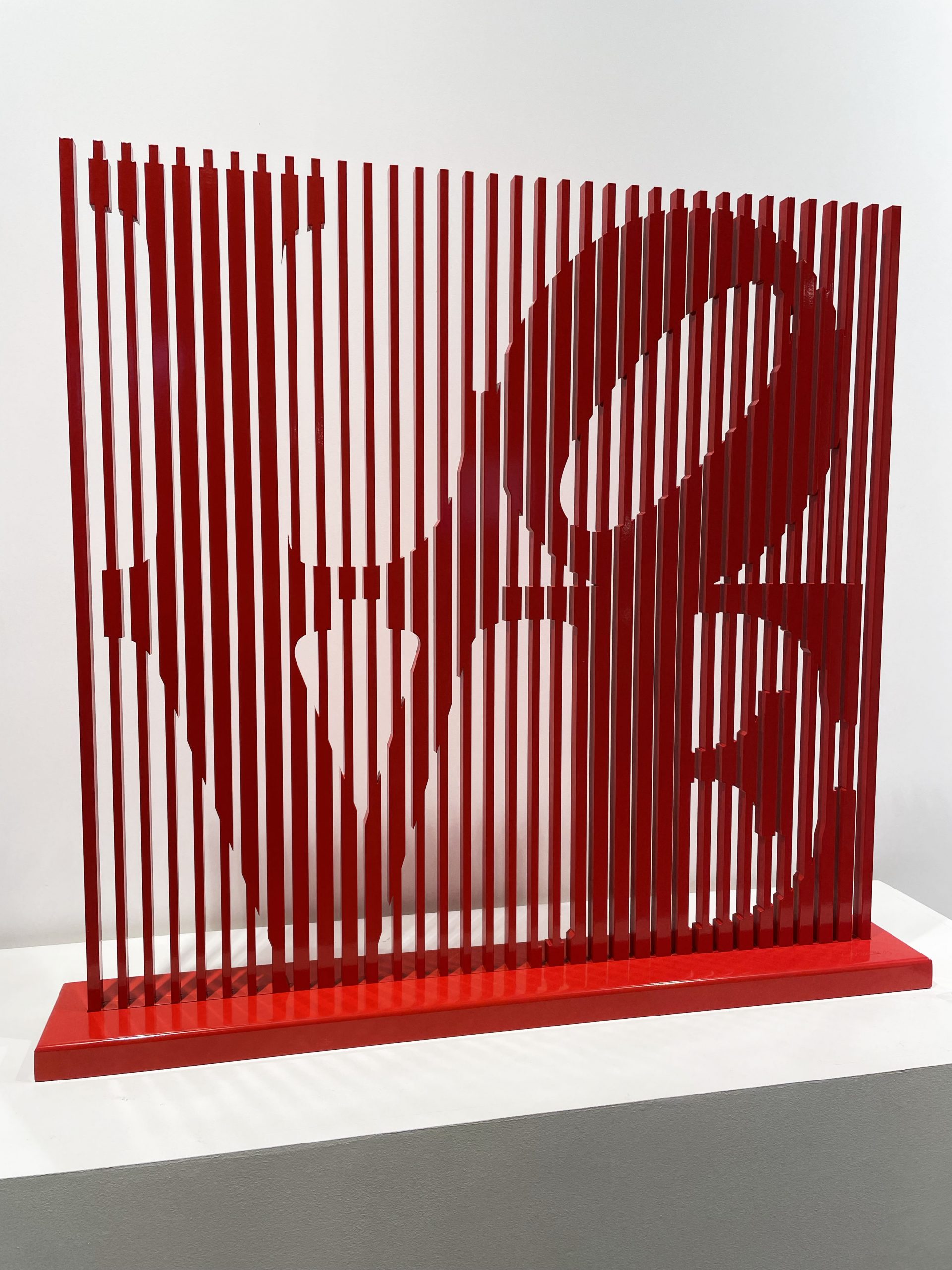