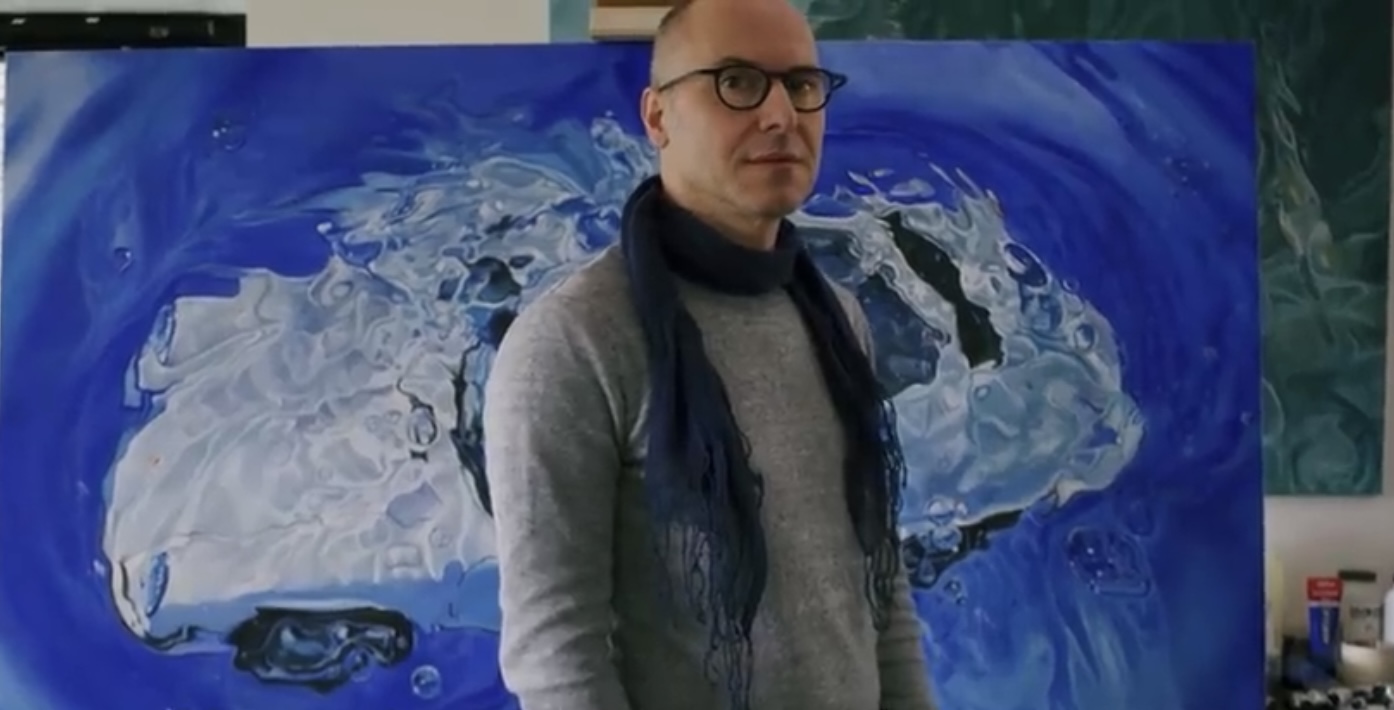 Marcello was born in 1963. Originally from Belgium, he still lives and works there. After studying advertising and design at the CAD in Brussels, his hometown, he trained at the Beaux-Arts. After his studies, he decided to become an illustrator. He describes this professional experience as most rewarding. Moreover, regarding the improvement of his painting technique. Once he became a painter, Marcello chose to exploit his incredible meticulousness and his qualities as a reproducer by getting closer to the current of hyperrealism.

Through his Underwater series, he creates paintings that are as attractive as they are breathtaking. His work is characterized in particular by iconographic inclusions of automobiles. These are depicted with the greatest realism. Staged through somewhat incongruous situations, these exceptional cars are immersed by the artist in aquatic environments. Mustang, Cadillac and Porsche are thus reinvented through a pictorial universe as surprising as it is relaxing.

Whether in swimming pools or in the meanders of the sea bed, Marcello’s cars seem to be drawn from a dream. Here, realism confronts the unusual and feeds the imagination. In this way, the artist tends to transform the figurative into the abstract.

Discover the realizations of his Underwater series in the Marciano Contemporary galleries.

« Before starting to paint, I examine variables such as the nature of the subjects painted, the form of the main subject and the place given to it within the painting. Each element in the frame was considered and finally adopted for the space it occupies in relation to other elements already in place. » 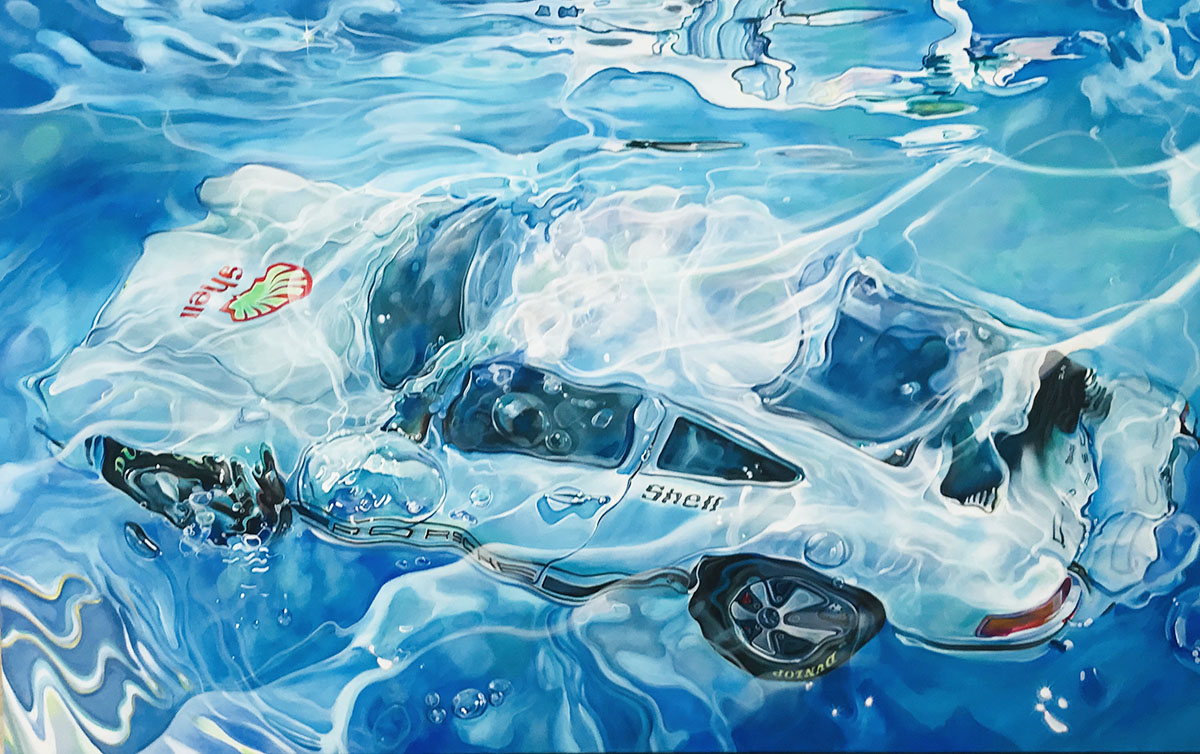 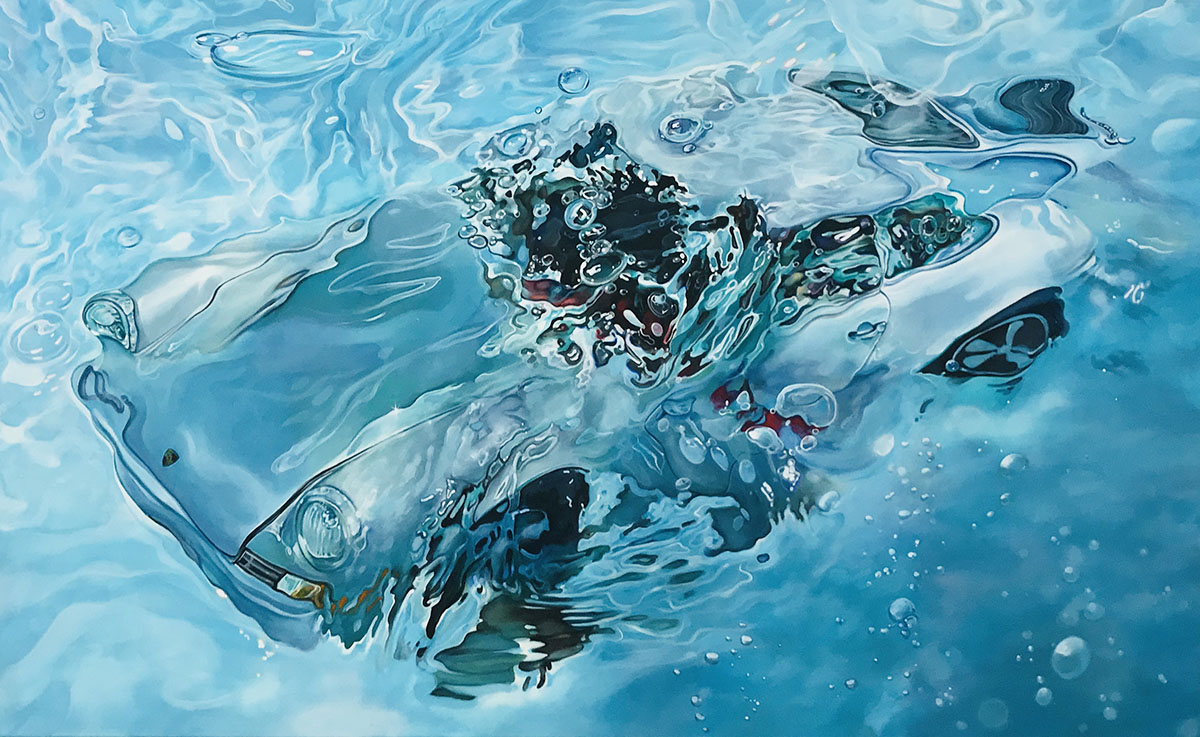 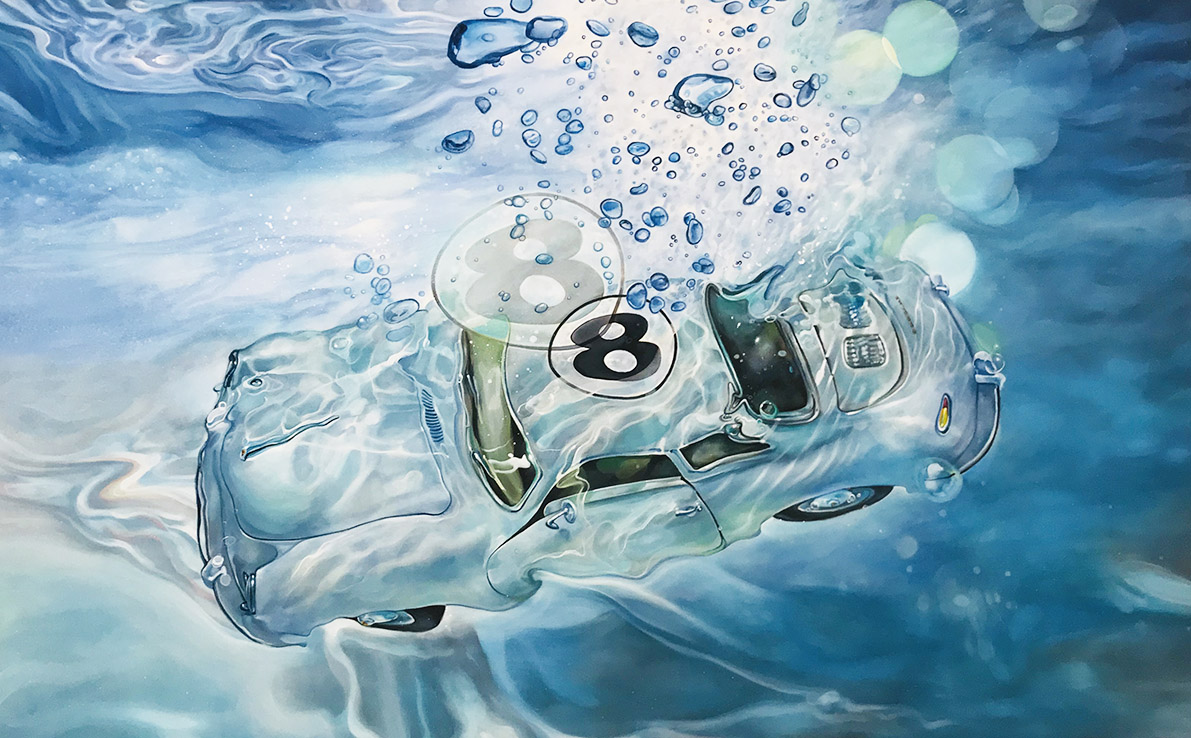 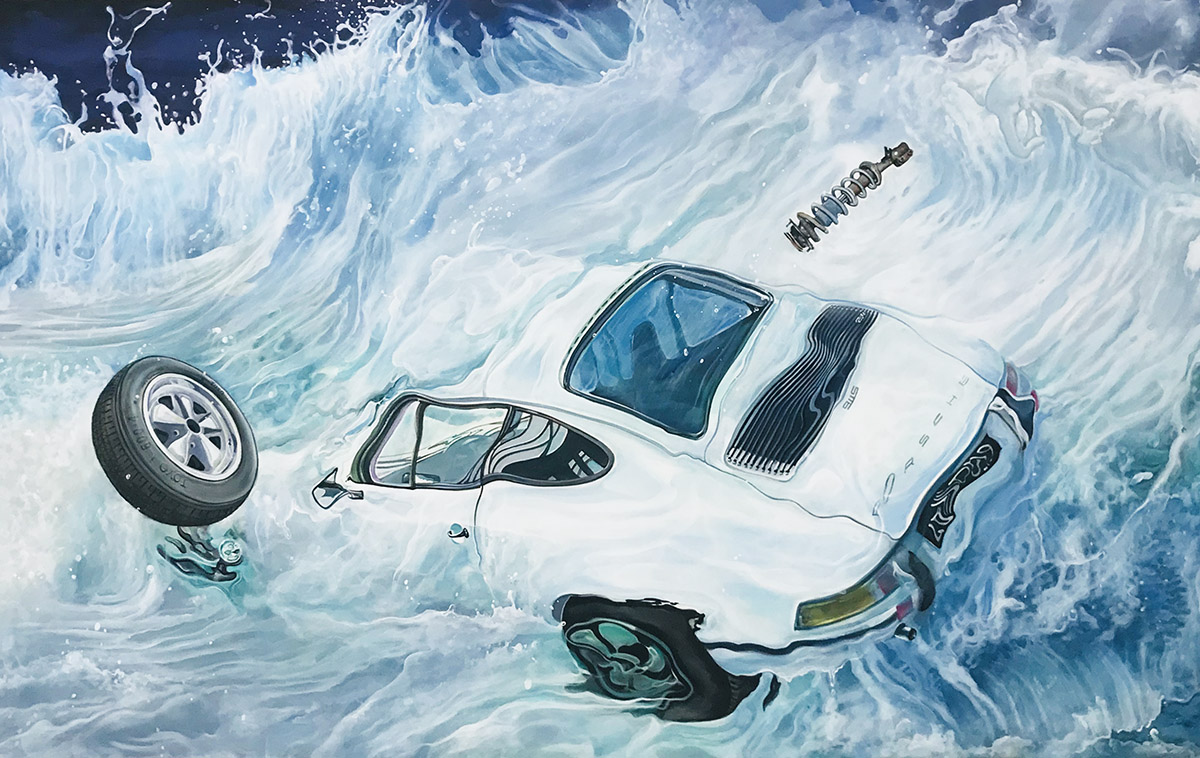 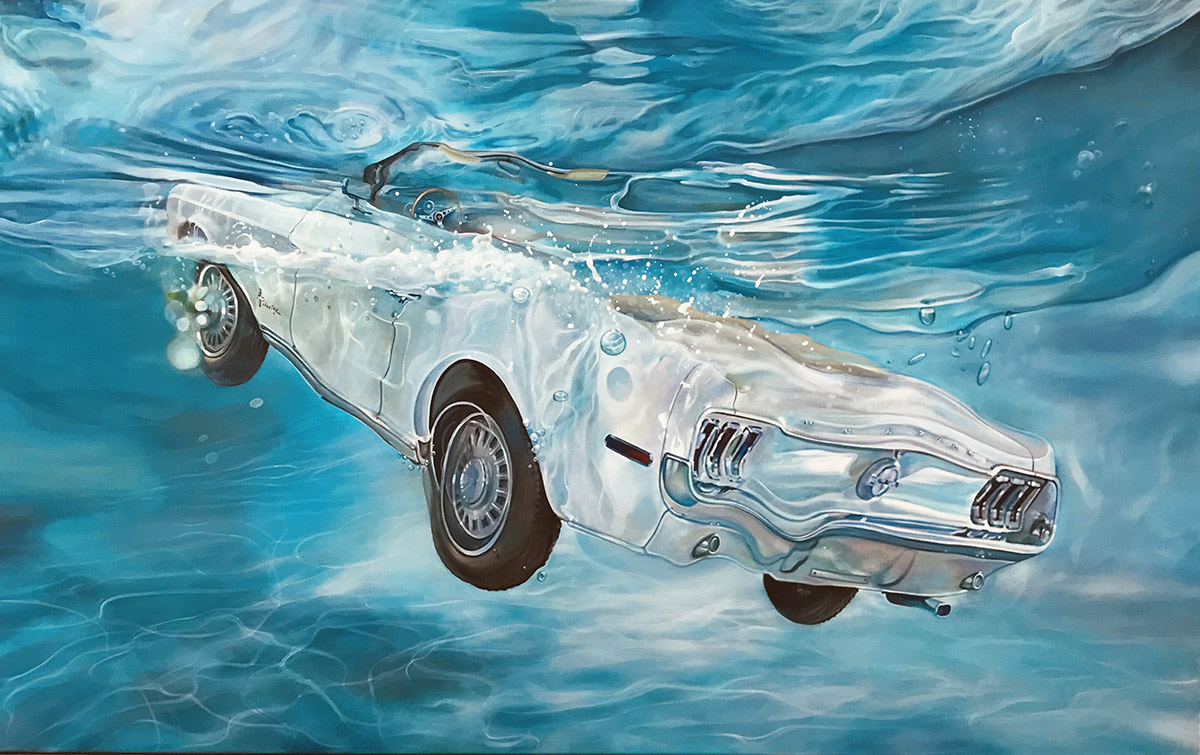 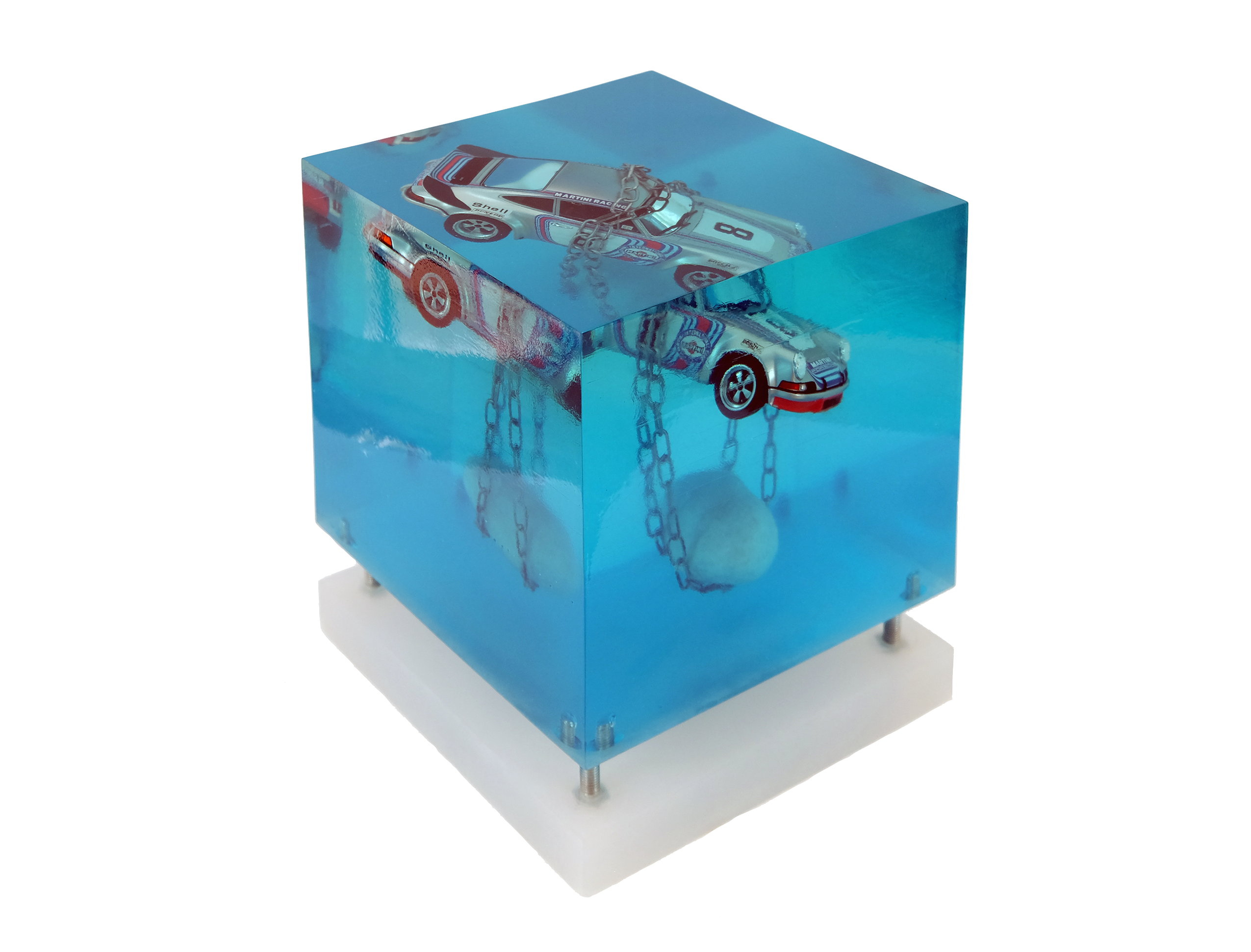 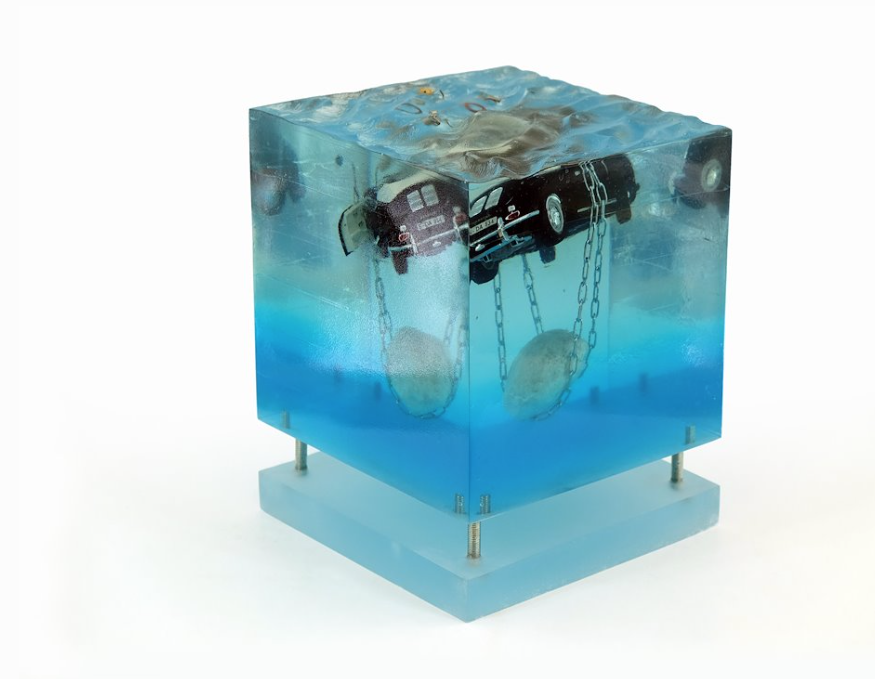 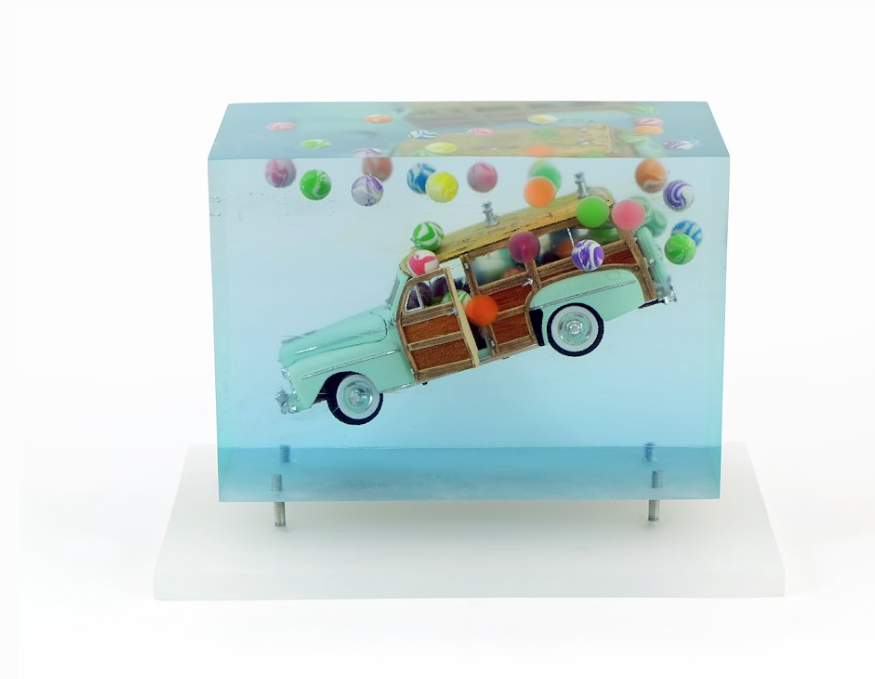