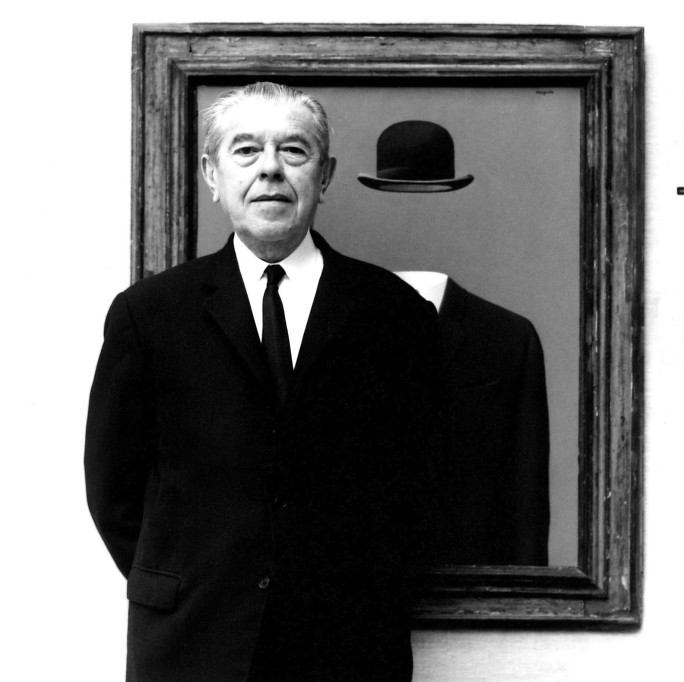 René Magritte is an established Belgian artist of the 20th century. He was born in 1898 in Lessines and died in Brussels in 1967. His eclectic, imaginary and enigmatic creations defined the imagery and philosophy of the surrealist movement.

After his studies at the Royal Academy of Fine Arts in Brussels and the artist began his career as a designer and draftsman at the end of the 1920s, his graphic style was then situated between cubism, futurism and abstraction. Subsequently, he will settle in Paris and work with the surrealist pioneer André Breton, then he will integrate the group of French surrealists with the artists Jean Arp, Paul Eluard where he will collaborate on “The Surrealist Revolution”.

René Magritte’s work explores the illusory power of art and juxtaposes new iconography. His themes juggle between the shift in the function of an object and its representation.

His work has been exhibited in institutions such as the Museum of Modern Art, Center Pompidou, Los Angeles County Museum of Art, Museo Reina Sofía, Tate Britain, Kunstmuseum Basel and many others, and is also part of many private collections.