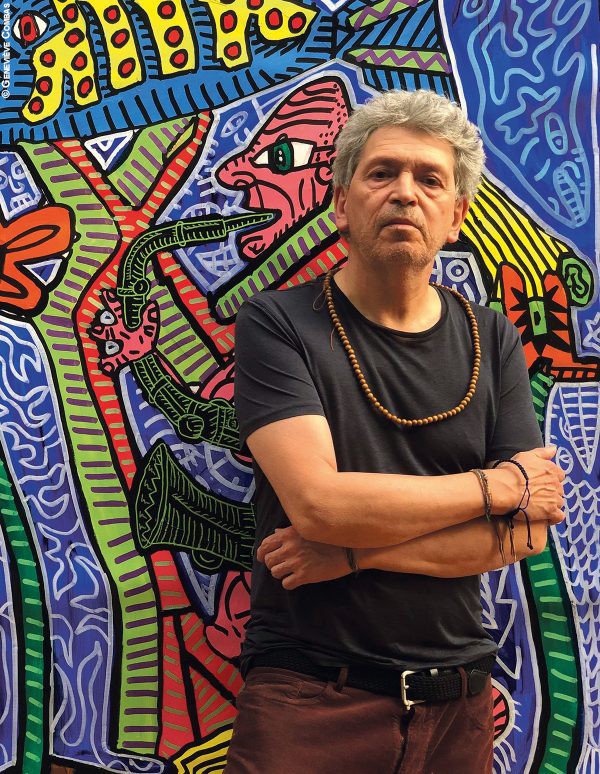 Born in 1957 in Lyon, Robert Combas studied at les Beaux-Arts of Montpellier. He was a pioneer on the artistic scene since 1979. He founded, together with artists Remi Blanchard, François Boisrond and Hervé Di Rosa, an artistic movement that Ben called “Free Figuration”. It constitutes more or less the equivalent of the Neo-Expressionism from the United States. Pop culture, the punk movement, street art, and comics inspire him to develop his figurative style. Robert Combas combines crude lignes and bold colors that refer to the outsider art and to the CoBrA movement. The pop drawing style he uses reminds of Keith Haring’s artworks.

The movement contrasts with the heavily conceptual, academic, and studio driven practices of the 1970s. Indeed, his painting is about freedom and no negative feelings. It banished any pessimism, nostalgia, fear for the present or the future. Extolling spontaneity and unfettered expression as virtues, Combas fills his paintings with recognizable cartoon characters, rock-n-roll imagery, cyborgs, body parts come to life, calligraphy, and sexuality, among many other elements. The paintings came from the artist’s direct visual engagement with the world, rather than an internal process of epistemic revelation. Combas hoped viewers would access his paintings without recourse to arcane theoretical knowledge or a thorough grounding in art history.

Find his work in the galeries Marciano Contemporary. 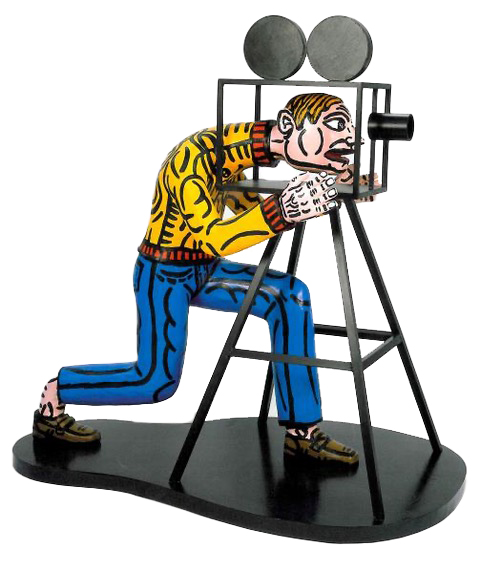